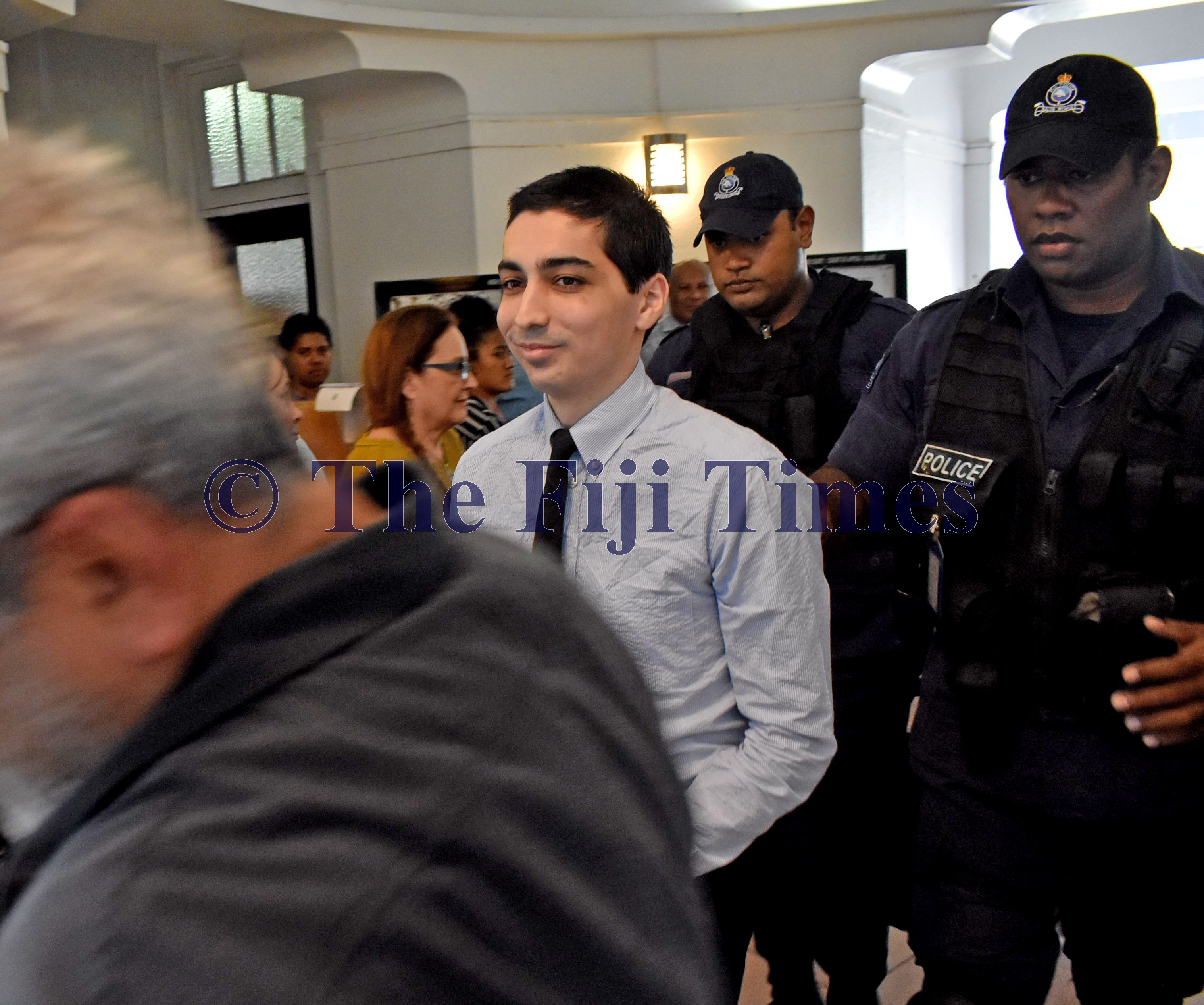 Joshua Rahman escorted by Police after he was found guilty by the High Court in Suva on Friday, April 16, 2021. Picture: JONA KONATACI/FT FILE

Canadian national Joshua Rahman has been sentenced to 20 years imprisonment.

He was convicted by the High Court in Suva this year after he was found in possession of cocaine worth more than $30million in February 2019.

In delivering his sentence, High Court judge Justice Daniel Goundar told Rahman that he did not believe his evidence when he said that he did not know about the drugs in the house.

“You had a close association with your father at a time when he was involved with illicit drugs transactions in New Zealand,” Justice Goundar said.

“You also had an association with foreign nationals linked with international drugs offences a few days before the drugs were discovered in your home.”

Justice Goundar said 23 years imprisonment was an appropriate sentence for the offence committed by Rahman.

Thus, after taking into consideration Rahman’s remand period and also the delay to this case, his sentence was reduced by three years.

The 26-year-old will be eligible for parole after serving 14 years behind bars.