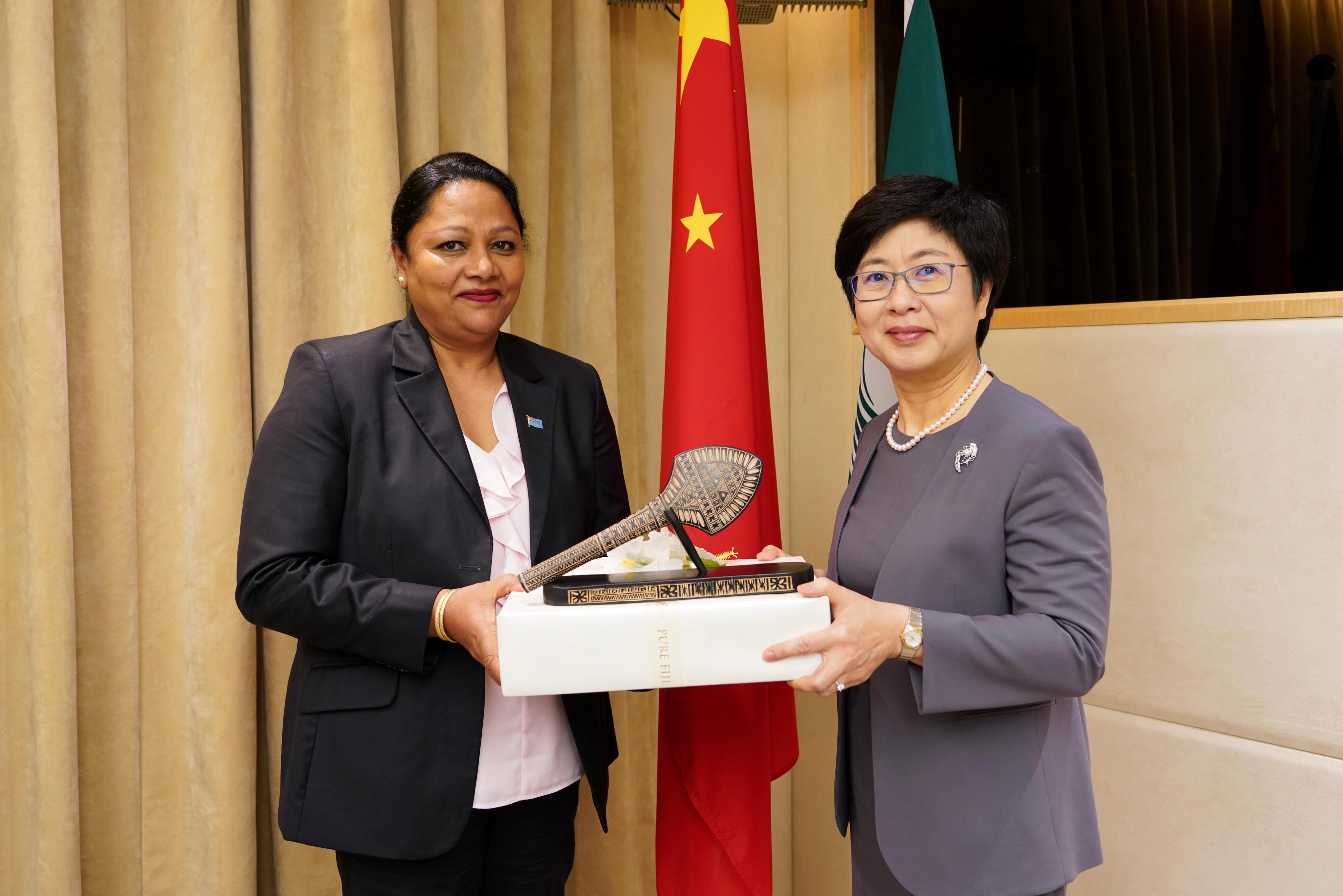 FIJI commenced a new bilateral relationship with Macau with the launch of the Macau-Fiji Chamber of Commerce earlier this week.

Minister for Industry, Trade and Tourism Premila Kumar, who led the Fijian delegation to Macau, said this move emphasised the important role the private sector played in bringing Fiji and China closer.

“Trade has always been an important factor in the bilateral relationship between Fiji and China. I noted that some Fijian products have already entered the Macau market. FIJI Water is a good example, which is available in many high-end hotels and casinos here,” she said.

Mrs Kumar added that Macau had successfully embraced sustainability, especially in terms of the environment and urban development.

Macau’s Secretary for Administration, Justice and Acting Chief Administrator, Chan Hoi Fan, said Fiji needed to capitalise on the direct flights to Hong Kong, which she said would also promote Fiji as an ideal tourist destination to the people of Macau.

She added that with the flight connectivity through Hong Kong, Macau would be able to import more agricultural produce directly from Fiji.

The minister and the Fijian delegation also met Macau’s Ministry of Foreign Affairs Deputy Special Commissioner, Wang Dong, who noted that with Fiji’s five-year and 20-year national development plans, China’s belt and road initiative would be a mechanism through which China could assist Fiji achieve its focus areas for development and growth.

She added that since tourism was a key industry in Fiji and Macau, there was a lot that both countries could share and learn from each other.

More than 200 business representatives and government officials attended the launch.