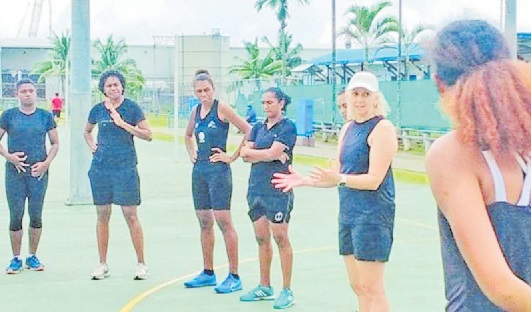 Jenny Brazel has resigned from the position of head coach of the Fiji Pearls as the effects of COVID- 19 continues to be felt by the sporting fraternity.

Although Brazel, who held the position for less than a year, cited personal reasons as her reason to leave, it is believed the effects of COVID-19 had a role in her decision.

“This has been an extremely difficult decision made all the harder by the current COVID-19 situation and my family’s wishes which I regard as a priority at this time,” Brazel said.

“I am extremely thankful for the opportunities that Netball Fiji has provided me during the last nine months as well as the loving support and tremendous opportunity to be a part of the wonderful netball community in Fiji,” she said.

“In the past nine months Jen has made a huge impact in all areas of her role and we completely understand the circumstances surrounding her decision not to continue as national coach,” Sorovaki said.

“Rightfully priorities have changed with the current COVID- 19 situation and we know this decision would not have been an easy one for her given the plans she had put in place to improve the ranking of our Fiji Pearls and her passion and focus on pathways,” she said.

“As a result of Jenny’s hard work over the same period, plans and discussions are now underway, based on funding, to set up the Netball Fiji Academy.

“She had also begun work on both a high performance plan and a ‘coach the coaches’ program with a plan to grow the numbers and technical capacity of local coaches.

“While we are saddened at losing someone of Jen’s calibre, we thank her for the work she has put in during her short stint with us and we remain focused on the opportunity to find someone who can work with Netball Fiji and the direction we want to move in over the next four years,” Sorovaki said.