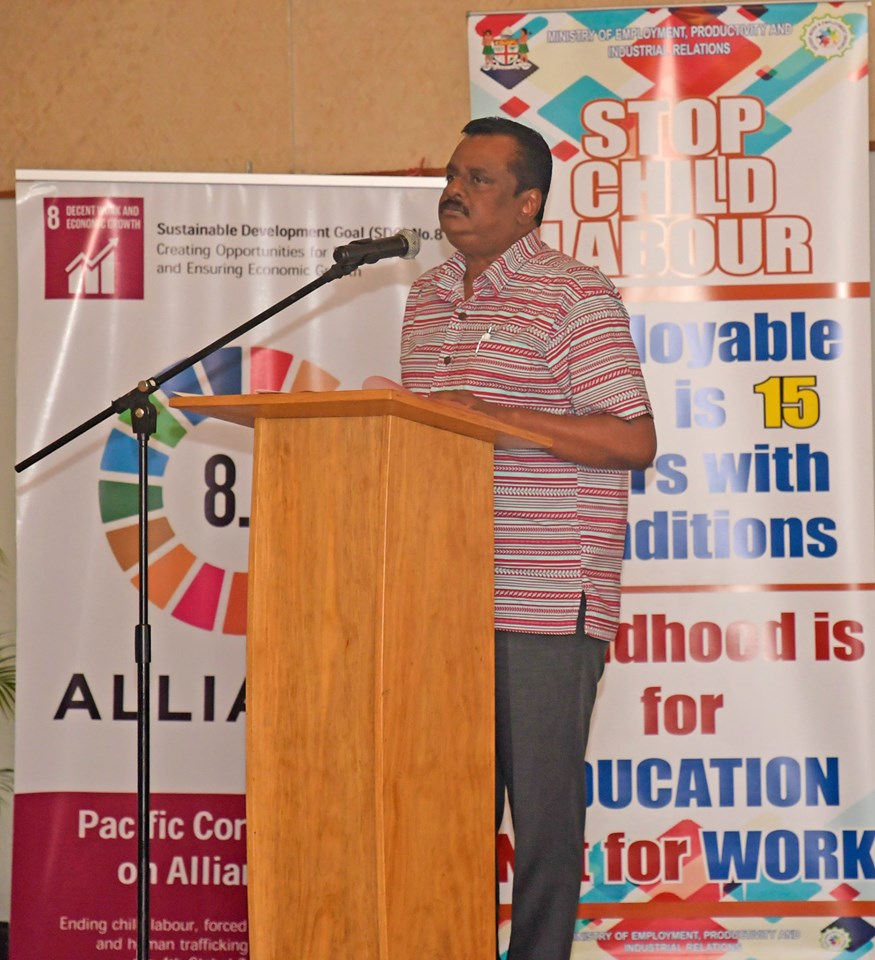 THE Fijian Government has called on stakeholders, non-government organisations and the civil society for a multi-sectoral approach to eliminate child labour, forced labour and modern slavery from our societies.

Minister for Employment, Productivity and Industrial Relations Parveen Kumar made this call while officiating at the two-day forum on National Strategic Planning Forum to develop a Joint Roadmap for Fiji as Pathfinder Country to Achieve SDG 8.7 held at Novotel Hotel in Lami today.

The Minister commended the work of the development partners United Nations, International Labour Organisation (ILO) and International Office for Migration (IOM) for its guidance and assistance towards the Fijian Government in implementing plans for the 17 SDG goals.

“Child labour and forced labour are still prevalent in the 21st century. The Fijian Government stands with the international community making it clear that persistence of child labour, forced labour and human trafficking in today’s world is intolerable,” Mr Kumar said.

“In Fiji this year, the Government held events to mark the 140th year of the end of indentured Indian labour in Fiji. In many ways and forms, this form of labour migration was forced labour, and commonly called out by human rights activists at the turn of the 1900s as another form of slavery.”

Mr Kumar said the 2030 Agenda for Sustainable Development Goals universally adopted by all 193 United Nations member state calling for immediate and effective measures to eradicate forced labour, end modern slavery and human trafficking and secure the prohibition and elimination of worst forms of child labour, including recruitment and use of child’s soldiers, and by 2025 end child labour in all its form.

“The 2013 Fijian Constitution under Chapter 2 of the Bill of Rights provides for a wide range of human as well as social and economic rights guaranteed to all Fijians.

“As we move towards a child labour-free society, Section 10 of the Constitution provides for freedom from slavery, forced labour and human trafficking. Section 31 provides for Right to Education while section 41 provides for rights of children to name a few.”