Fiji Bureau of Statistics CEO escorted out of his office 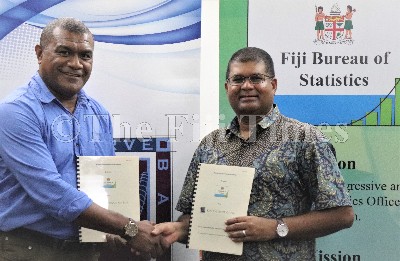 The Fiji Times is still trying to ascertain whether Mr Naiqama was dismissed and the grounds for his dismissal.

Eye-witnesses outside Suva’s Sukuna House claimed Mr Naiqama was escorted out of his office by “a few men”.

During a press conference on Tuesday night, Attorney General Aiyaz Sayed-Khaiyum said Mr Naiqama did not act in line with Government policy by collecting and announcing ethnic and religious data while conducting surveys.

He said this while labelling the 2019-2020 Household Income and Expenditure Survey as flawed.

He said Mr Naiqama also breached section 5 of the Statistics Act and warned it was “a separate matter that needs to be dealt with.”