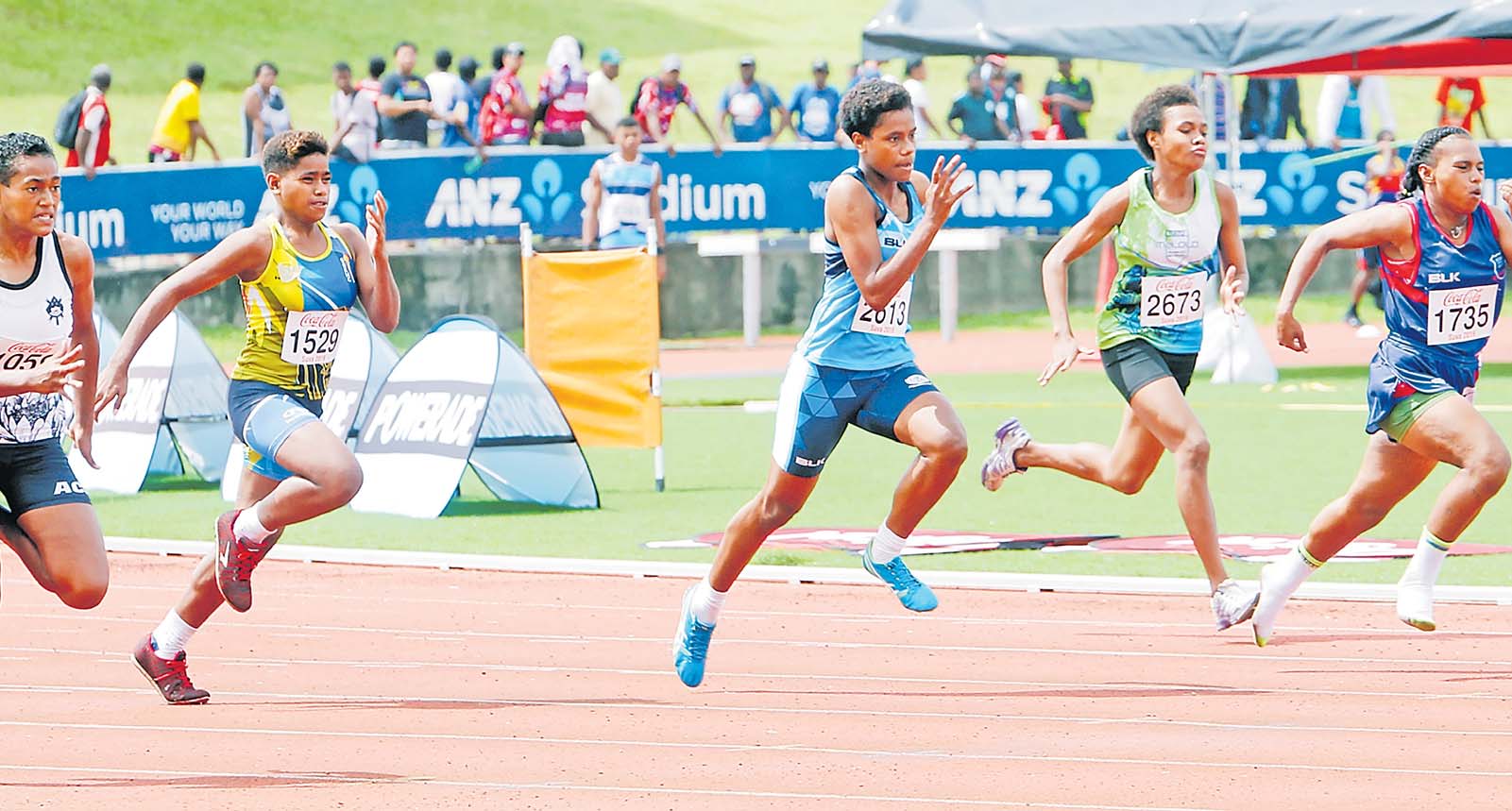 Action from the 2019 Coca-Cola Games’ intermediate girls 100 metres heat one race at the ANZ Stadium in Suva. Picture: ATU RASEA/FILE

Athletics Fiji hopes to work with national federations as it prepares athletes for the 2022 Pacific Mini Games and Commonwealth Games.

Athletics Fiji secretary Lilian Amasa said financial constraints and the COVID-19 pandemic affected the NF’s preparations for the coming games, which is why they would be looking at working together with other NFs.

“Where possible Athletics Fiji hopes to collaborate with other NFs to complement each other by sharing and using facilities and resources that each NF has. This would at least help reduce some costs with athletes” Amasa said.

Lilian said recent events impacted the ability of Athletics Fiji to hold competitions that would allow for selection.

“This is why we are hoping to work together with other interested NF’s.”

She said AF had a long list of athletes where it hope to choose from for the coming Games in 2022.

“We hope to use the coming Pacific Mini Games in Saipan, Northern Mariana as a building block to the Commonwealth Games and the 2024 Olympic Games. The coming games will allow our athletes to compete at international competitions.”

Athletics has a long history with Team Fiji being the first sport for Fiji to compete in the Commonwealth Games.

In 1950, Mataika Tuicakau and Luke Tunabuna competed at the British Empire Games, as the Commonwealth Games was then known, in Auckland, New Zealand. Tuicakau won Fiji’s first gold medal in shot put and a silver medal in discus with a throw of 144 feet 4 ½ inches that stood as a Fiji record for over 40 years.

Tunabuna won silver in javelin with a throw of 184 feet 8 ½ inches.

Fellow athlete of the 1950s Mesulame Rakuro competed in discus at the 1954 and 1958 British Empire Games in Vancouver (Canada) and Cardiff (Wales).

Sainiana Sorowale was the first female athlete to represent Fiji at the British Empire Games in Vancouver in 1954 in long jump.

Ana Ramacake was the lone athlete from Fiji to compete at the Jamaica British Empire Games in 1966 in long jump.

Tuicakau, Tunabuna, Rakuro and Ramacake had been recognised for their achievements as inductees in the Fiji Sports Hall of Fame.