Fiji Bati aims to play tier one nation in 2020 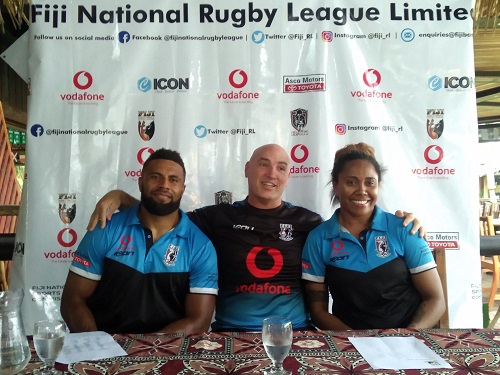 THE Fiji Bati head coach Brandon Costin is aiming to play Tier One nation next year.

After the recent PM’s XIII and the World 9s tournaments, Costin said the Fiji Bati had what it took to face top countries.

“We all want to win so that we can play Tier 1 nations next year,” Costin said.

“This will improve the rankings leading into the Rugby League World Cup in 2021. Every camp we are in is a building phase to being our best players for RLWC 2021. The 9s camp was a building block as will these next games.

“We need to get it right as a team and give our best performance. Two wins would be ideal, but we can only control our own performance.

“Our number one goal is to play to a level that matches our very best performance.”

He spoke highly about the local-based players and their performance during last weekend’s Rugby League World 9s in Australia.

“There were some real positives from the games. Eleven of the 16 players were Fiji-born with five local Vodafone Cup players participating.

“The World 9s and the PM’s XIII games were exhibition games, which do not count towards our world ranking. This means we can trial new ideas and new players without any risk of losing world ranking points which are vital in our buildup to the Rugby League World Cup in 2021.

“We are still working on our injured players and wait for them to recover.”

The local boys who travelled will play two Test matches in New Zealand on November 2 against Samoa and November 9 against Papua New Guinea in the Oceania Cup.

“All focus is now on these Tests. Local players need more time in the gym and they will be in a full time training environment.”

Costin said he would select the best players available for the tests. Fiji is in Pool B against PNG and Samoa.