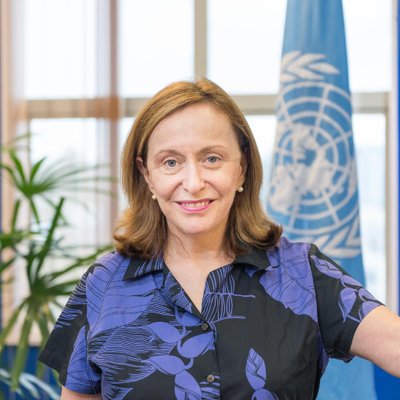 Reflecting on her tenure as United Nations Resident Coordinator based in Fiji, Ms Lubrani recounted the strides that had been taken in Fiji over the past years and the country’s progress during this period of transition.

“Suva remains an important regional hub for United Nations support, and I hope it can grow even more through the UN Secretary-General’s current reform efforts to make the UN work even more for the people,” Ms Lubrani said.

The United Nations has over 840 staff in the Pacific, of which more than 400 work in Fiji with over 270 national staff.

“As you can imagine from these numbers, I might be none the wiser, but I’ve had a fantastic five years in this country and this region.

“I have met many incredible, amazing people and I have gained a real appreciation of the Pacific, the Blue AND the Green; with all its ups and downs; its challenges and opportunities; its vastness and its smallness; and its unbelievable beauty.

“A special place is held in my heart, of course, for Fiji. Fiji has been my home and place of retreat, especially when coming home from my many work-related travels, near and far.”

More in today’s edition of The Fiji Times and in our E-Edition.