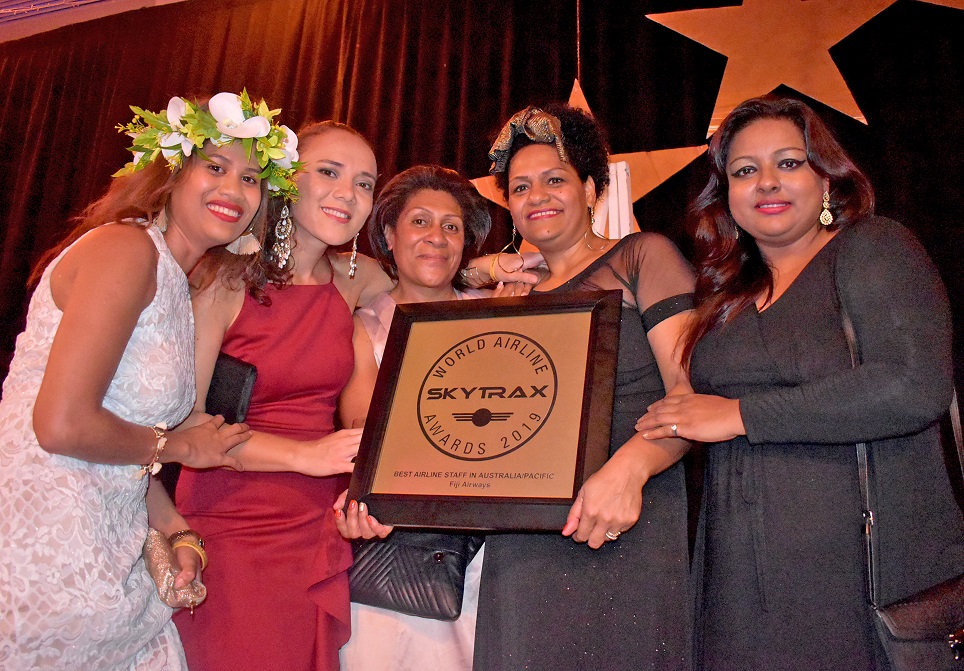 Fiji Airways staff at the airline's Skytrax 4 rating celebrations at the Sofitel Resort and Spa in Denarau. Picture: REPEKA NASIKO.

FIJI Airways staff and industry partners took time out from their busy schedules on Friday to celebrate the airline’s Skytrax 4 rating at the Sofitel Resort and Spa on Denarau.

The national airline also recognised its employees after receiving an award for Best Airline Staff in Australia and the Pacific at the Skytrax World Airline Awards in Paris, France this year.

“In our industry, a major benchmark of our success is the Skytrax airline ratings,” he said.

“So we set a target to be recognised as a Skytrax rated airline in three years. Last month we got that rating.

“We join a select group of airlines in this prestigious category. We join highly esteemed airlines such as Emirates, British Airways, Air New Zealand and Qantas. “Fiji Airways also leapfrogged from fourth to first place to take the Best Airline Staff in Australia and the Pacific. “We beat out Qantas, Air New Zealand and Virgin in this category to claim this top award.” He said the airline’s journey to achieving the milestone began in 2016. “Three years ago, we set out a strategic vision and a plan to transform the airline into a world-class airline. “It was an enormous ambition that we set ourselves. “To realise that vision, it would require significant investment both in our fleet, product, our team and it would require hard work. It was not going to be easy.”