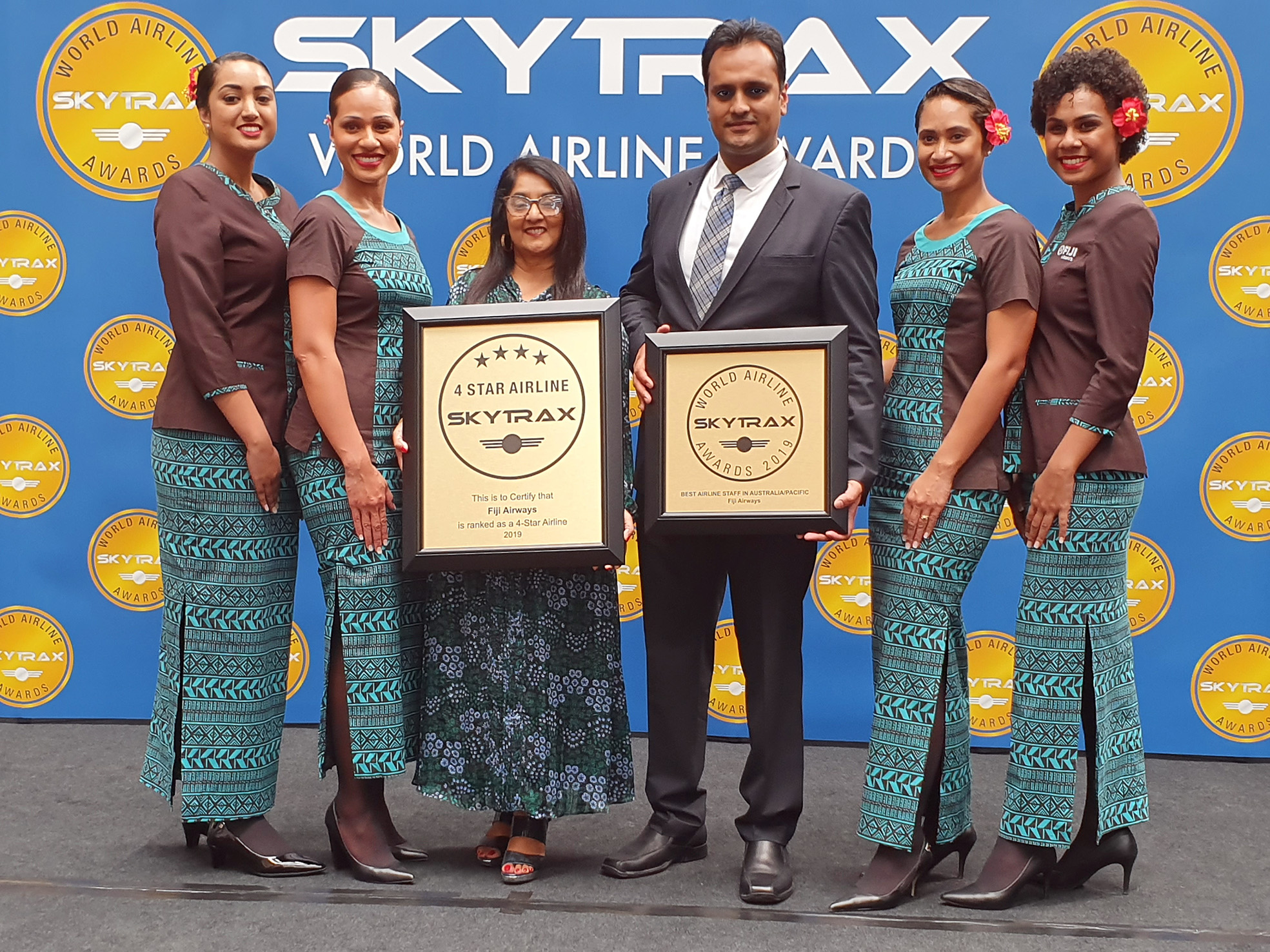 FIJI Airways has leapfrogged from fourth to first place to scoop the “Best Airline Staff in Australia Pacific”, acknowledging the airline’s continued commitment to world-class service and customer experience.

The national airlines’ flight attendants have also been ranked among the top 20 in the world in the Skytrax Best Airline Cabin Crew awards.

In addition, the carrier has also been awarded the coveted Skytrax four-star rating at the 2019 Skytrax World Airline Awards in Paris, joining a select group of elite airlines in the prestigious category.

The airline beat out Qantas, Air New Zealand and Virgin Australia to claim the top award.

Fiji Airways managing director and CEO Andre Viljoen said the four-star rating and award was testament to the airline’s hard work over the past four years, and the excellent customer experience the Fiji Airways’ staff delivered in the air and on the ground.

“We are extremely proud to have been awarded a Skytrax four-star rating and the Best Airline Staff in Australia Pacific,” he said.

“The Skytrax awards are highly prestigious and we are thrilled to be recognised with a four-star rating, a goal we set out to achieve in 2015.

“It has been a four-year improvement journey to raise us to a four-star airline status, after massive investments in customer experience, improvement in our product and enhancing our service culture and standards through the UP! Your Service education program,” Mr Viljoen added.