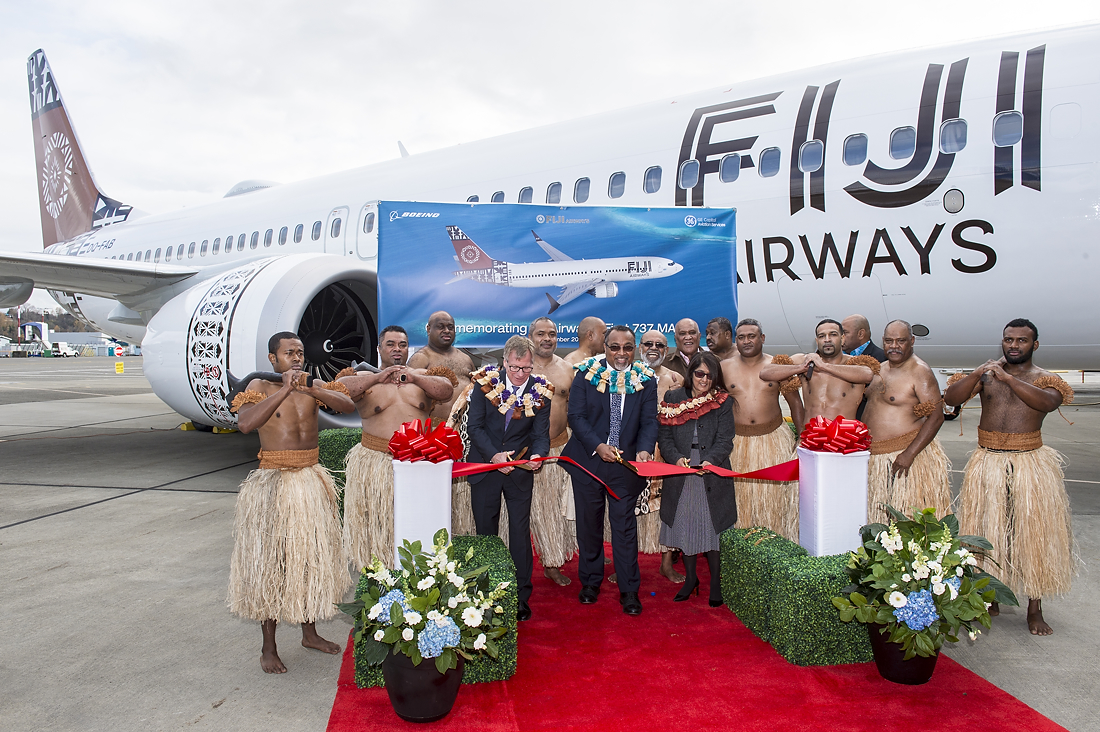 THE first Boeing 737 MAX 8 aircraft has been handed over to Fiji Airways in Seattle, United States of America.

The aircraft is one of five 737 MAX planes that will be added to the Fiji Airways fleet.

According to Fiji Airways managing director and CEO Andre Viljoen, the aircraft, named the Island of Kadavu, marked the beginning of a new chapter for the airline.

The new MAX 8 aircraft will arrive at Nadi International Airport next Monday.