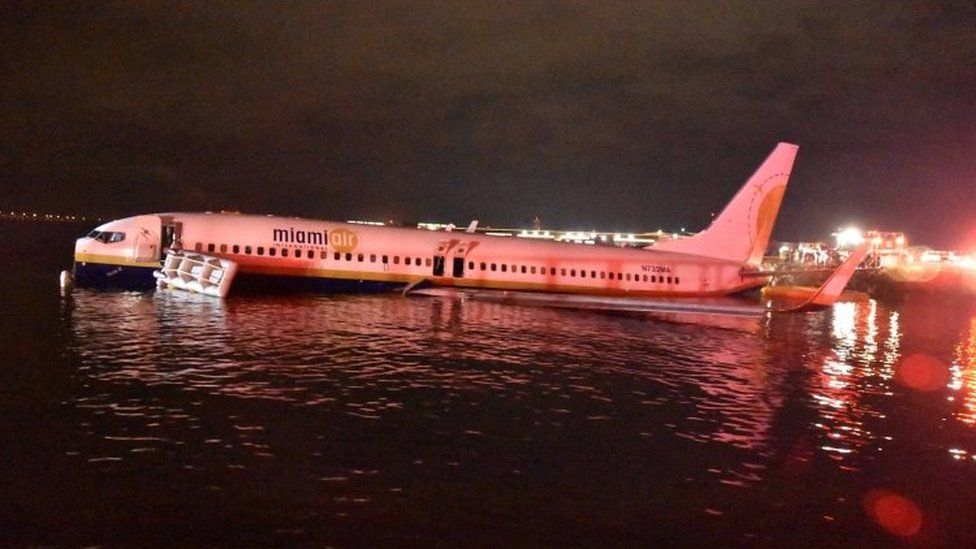 The Miami Air passenger plane that slid off a runway in the US state of Florida on Friday night, ending up in a river after landing during a thunderstorm. Picture: BBC

FOLLOWING news of the Miami Air International flight LL293 that crashed into St Johns River during landing at Naval Air Station in Jacksonville, Florida, Fiji Airways says it will not operate the aircraft it leased from the airline.

The aircraft attempted landing at the airport, but ‘bounced off’ the runway and ended up in the river at approximately 9:40 pm local time, according to witnesses who were on board the flight.

A spokesman from Fiji Airways says their team was aware of this incident and they were closely monitoring the situation.

“The Miami Air aircraft leased by Fiji Airways will not operate a Fiji Airways service until we know more about the incident in Jacksonville,” the spokesman said.

“The safety of our passengers is, and always will be our number one priority.”