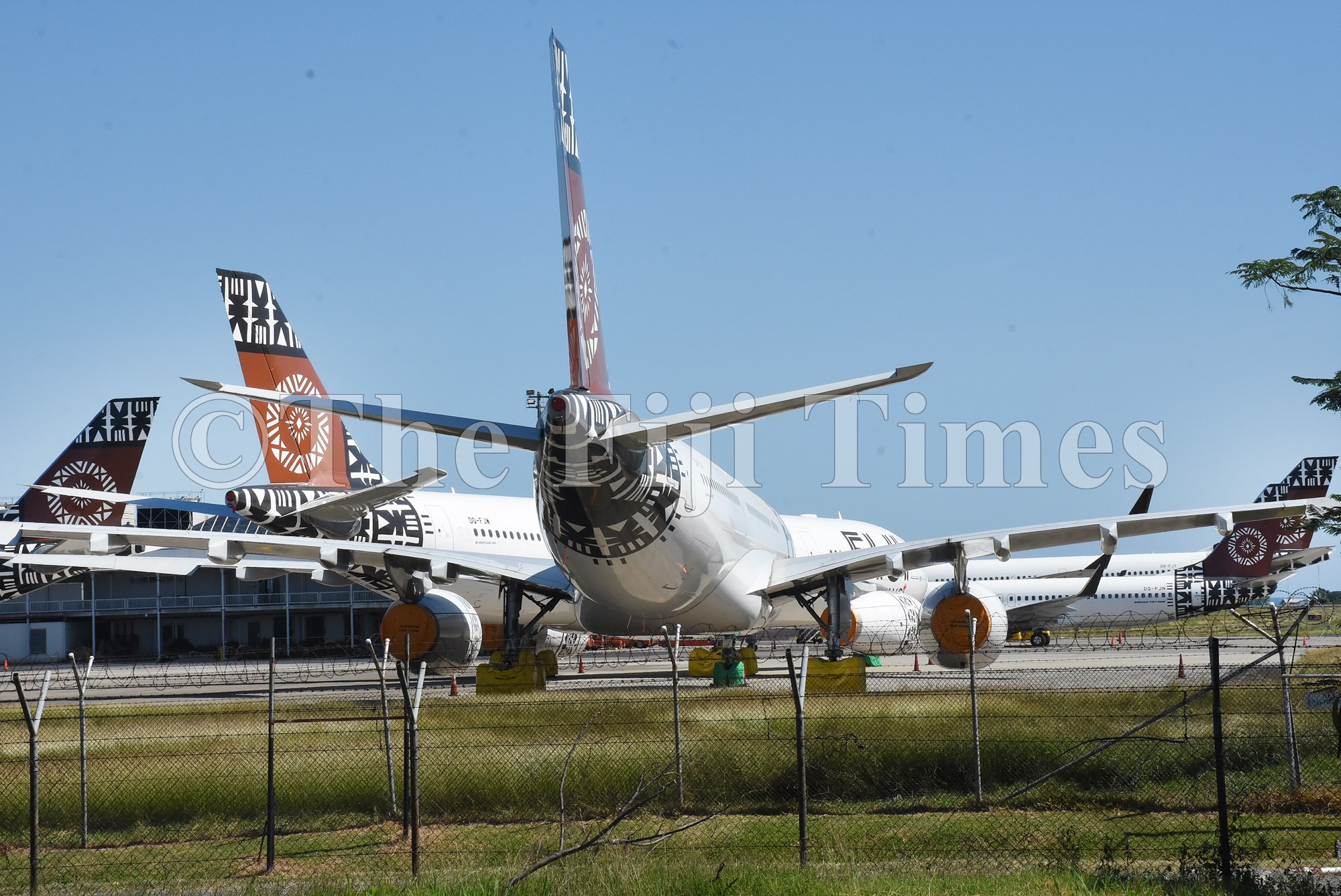 Fiji Airways cannot hand back the newly-leased aircraft sitting ‘idle’ at the Nadi International Airport because of complex binding agreements that have been likened to “sitting with this noose and there is no way you can wriggle out of it”.

This was the grim message from Fiji Airways managing director and CEO Andre Viljoen.

He said defaulting on loan or lease repayments for one aircraft could make Fiji Airways lose everything and go belly up.

He said the national carrier needed $38million a month to meet its “recurring costs” and the aircraft they had leased and bought cost anywhere from $US100m to $US300m.

He made the statements at the recent Nadi Chamber of Commerce and Industry’s second business forum — to put an end to the “myth” that Fiji Airways could return the newly-leased Airbus A350XWB aircraft.

Returning the aircraft was simply impossible, he stressed, referring to the signed agreement between the airline, financial institutions and the leasing company.

“These companies and the banks, the financiers and the leasing companies provide you with a loan to rent the aircraft,” he said.

“When you get an asset of that value, I can assure you, you sign an agreement that is so deep.

“In fact, I call it a noose and you sit with this noose and there is no way you can wriggle out of it.”

He said payments, if defaulted, could lead to liquidation.

“If you miss a few payments, they take them back, all of the aircraft and all of the future payments immediately become due unpayable and that will put you in liquidation before you even blink.

“These loans and leases have cross default clauses.

“If you failed on one, they all become due unpayable.”

Mr Viljoen said the leased A350s could not be returned because each came with Fiji Airways’ specifications “that might not be viable for other airlines”.

He said the only way Fiji Airways could survive the COVID-19 crisis was by preparing for when borders reopened.

“In fact, our attitude is rather, we can’t wait for borders to open so we can go and fly and get all the people we can to Fiji because there is no other alternative.”

Mr Viljoen said the airline did not anticipate the impact that the global pandemic would have on the company when they began experiencing a downturn earlier this year.

“That is 95 per cent of our business and $1 billion of our revenue a year becoming zero.

“So, obviously, one of the major problems for us was to fix our reoccurring costs of $38million a month.

“With zero revenue, that puts you in a position where you have to look at your cash reserves and say $38million a month, and ask how long will we survive?”