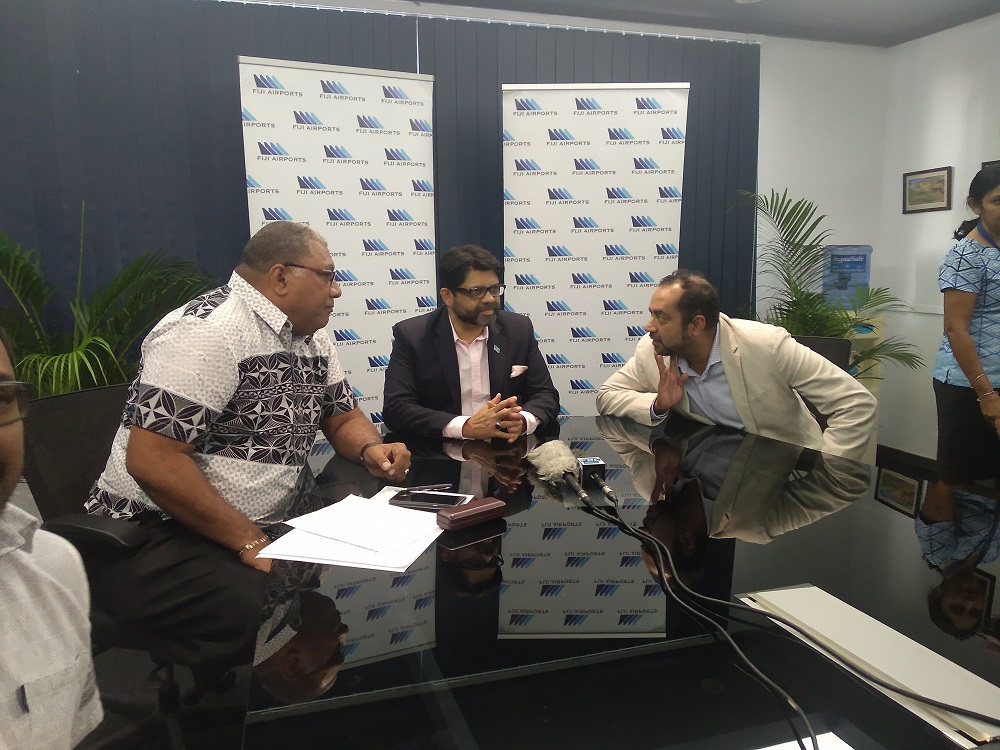 A CHEQUE of $30 million was handed to the Minister for Economy and Attorney General Aiyaz Sayed Khaiyum from Fiji Airports this morning.

The dividend payment was handed over by acting Fiji Airports CEO Faiz Khan and Board Director Ratu Wiliame Katonivere.

“It goes to show that this particular organisation is doing well and I’d like to congratulate Fiji Airports for this,” he said.

He added that he was looking forward to the second phase of the organisation’s development plans over the next few months.

Fiji Airports has made a total of $175million of dividend payouts over the last six years.