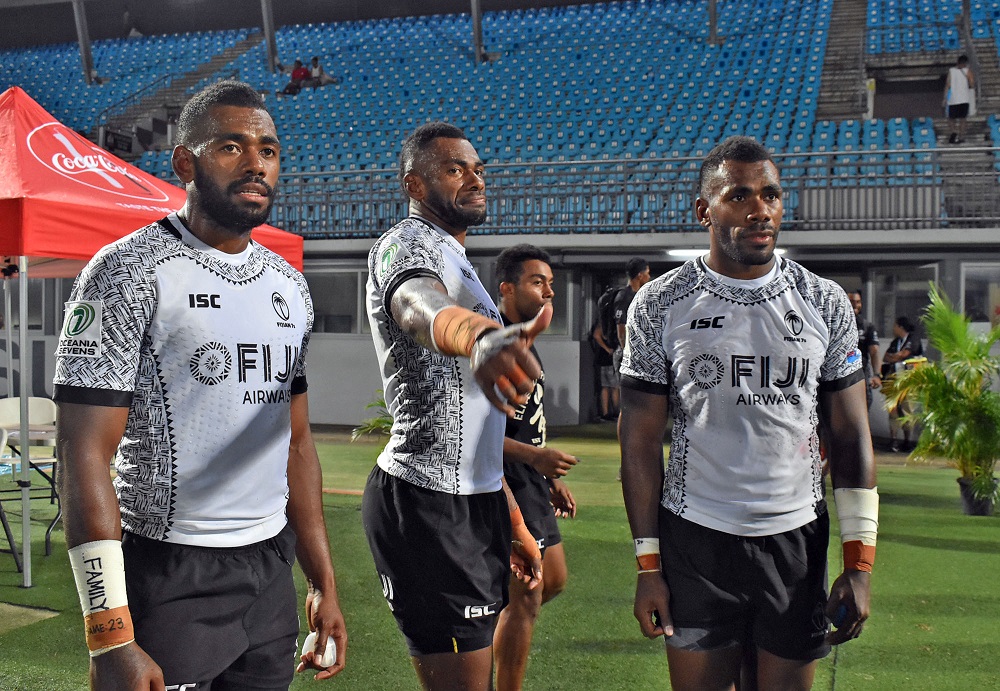 Brothers Sevuloni Mocenacagi, Kavekini and Isoa Tabu will not be included in the Nadroga side when they face Suva in the Farebrother Challenge/Skipper Cup double header in Sigtoka next week.

This was confirmed by the president of the Nadroga Rugby Union Tiko Matawalu yesterday. Mocenacagi, Isoa and Kavekini were linked with the Nadroga rugby team along with fellow national 7s rep Apenisa Cakaubalavu and all were looking forward to make their 15s provincial rugby debut with the Stallions.

“The Tabu brothers will not play against Suva next weekend because they haven’t been part of the team’s preparation for the past three weeks,” Matawalu said.

“They had called us that they wanted to be part of Nadro’s campaign this season and we’ve accepted their request.

“However, we only select those who attend training and I hope they would join us in the next few weeks for training so they could be part of the Skipper Cup and Farebrother Challenge,” he said.

The former Nadroga skipper and Flying Fijians prop said they had been approached to engage the sevens players since the remaining HSBC World Rugby Sevens Series rounds have been cancelled.

“I’ve spoken to the national 7s coach Gareth Baber and there are some protocols to follow which all unions have been asked to follow in regards to engaging them in the Skipper Cup”.

The first double header match between Farebrother trophy holders Nadroga and Skipper Cup champion Suva will be held on July 25 at Lawaqa Park in Sigatoka.

In other matches Naitasiri will host underdogs Lautoka at Ratu Cakobau Park in Nausori, while Nadi will face Yasawa at Churchill Park in Lautoka and Namosi will take on Tailevu at Thomson Park in Navua.