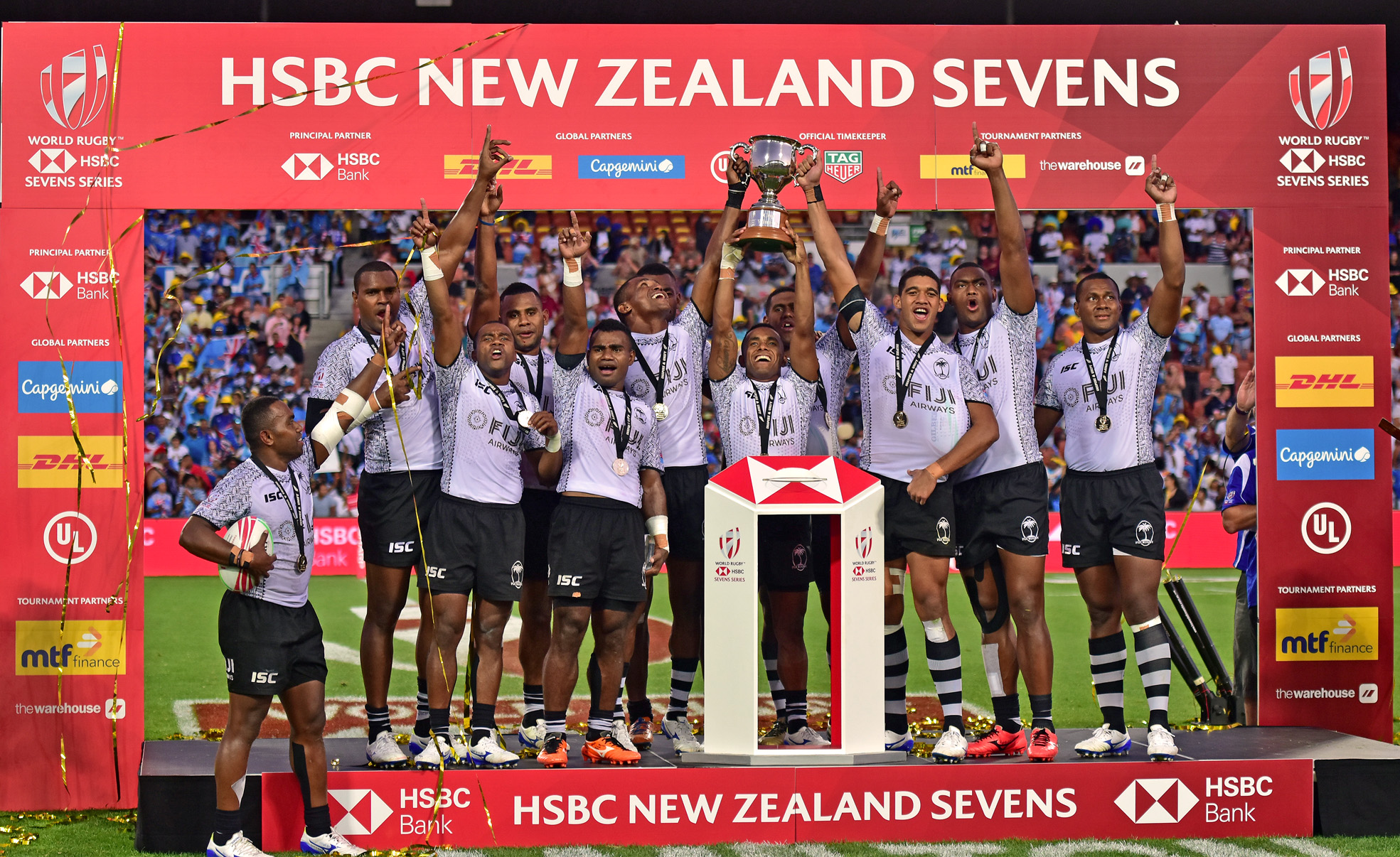 The Fiji Airways Fiji 7's team with their gold medal and trophy after beating USA in the final during the Hamilton 7's in New Zealand. Fiji won 38-0. Fiji will open the Sydney 7s campaign. Picture: RAMA

According to the schedule released by World Rugby, Fiji will then play England at 6.02pm.

The Gareth Baber-coached side will then play the ever-improving Samoa side in the last match of day one at 10.07pm.

Barring any upsets, Fiji will face South Africa, Australia or Argentina in the quarter-finals.

The Cup quarter-finals begin at 1.16pm on Sunday, February 3, and the semi-finals start at 5.16pm while the Cup final will be played at 9.56pm.