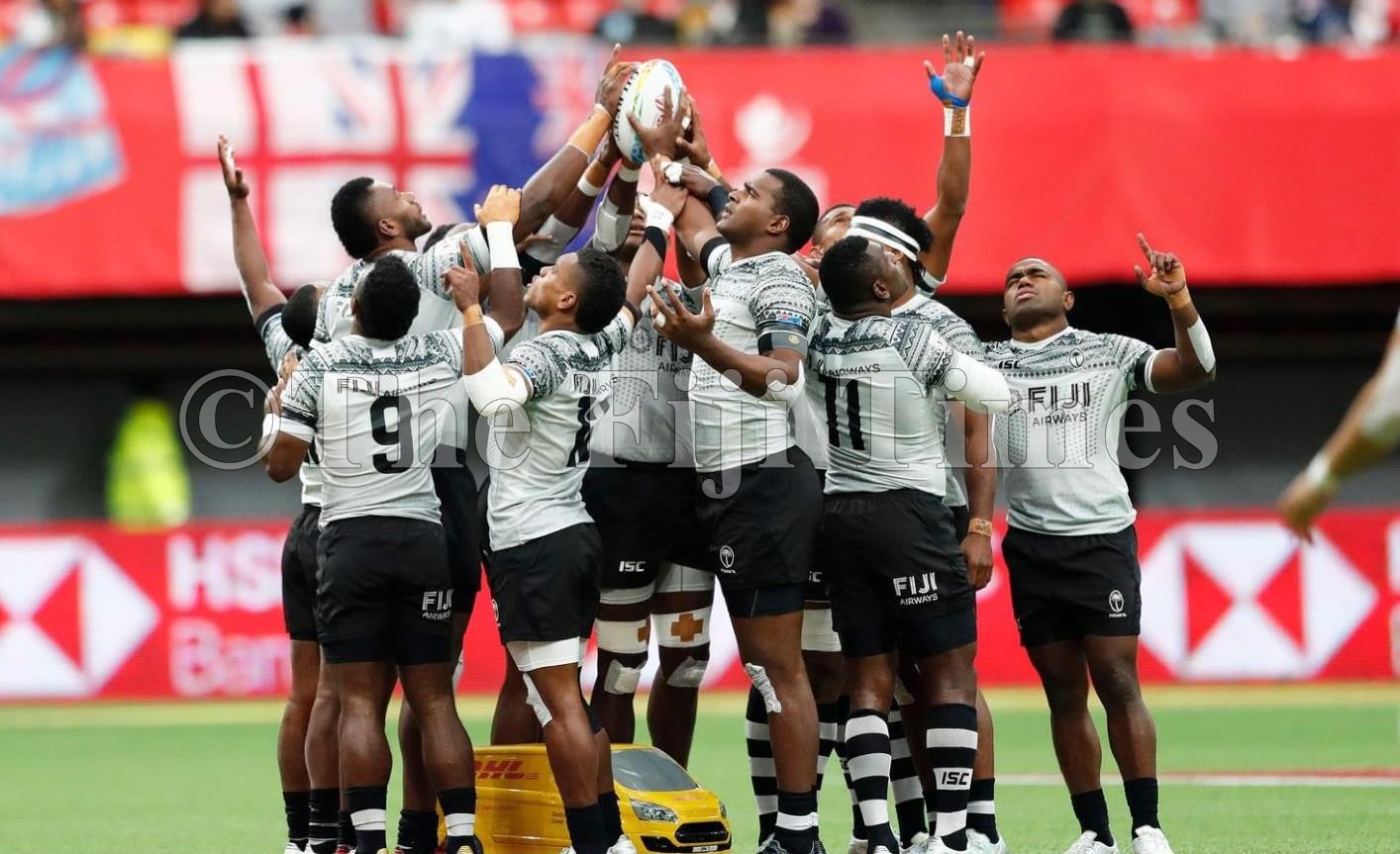 Fiji team huddle before the game against Wales on day one of the HSBC Canada Sevens 2020 at BC Place Stadium on 7 March, 2020 in Vancouver, Canada. Picture: SUPPLIED/ Mike Lee - KLC fotos for World Rugby

THE Fiji 7s team will continue to have their individual training sessions in isolation until the Fiji Rugby Union confirms the cancellation of the Japan Olympic Games.

Despite the outbreak of COVID-19 hindering all large gatherings, events and international sports events, the Fiji 7s players in the World Rugby Sevens Series will continue to train individually with training programs given to them by head coach Gareth Baber.

No confirmed cancellation update has been received by the Fiji Rugby Union from World Rugby regarding the postponement of the Japan games. FRU chief executive officer John O’Connor said the players would continue to train and be monitored during this time as they wait for the final say from World Rugby.

“The players will continue to train individually at their homes and in isolation with the training program given by Gareth Baber,” O’Connor said.

“They will be monitored by Baber with videos of their training sessions as they hear up for the Olympic Games in Tokyo, Japan,” The FRU will continue to adhere on the update of World Rugby despite other news regarding the cancellation of the Olympic Games.

“That was only one member of the International Olympic Committee that agreed on the cancellation of the event, however, their are a few other members that will discuss this issue before they make a decision.

“World Rugby confirmed that they will wait for 14 days before the announcement is made regarding the Games so we will continue to prepare for the games until a decision is made.” O’Connor said.

Meanwhile, Australia and Canada have decided not to participate in the Olympic Games because of the widespread of the Coronavirus pandemic.