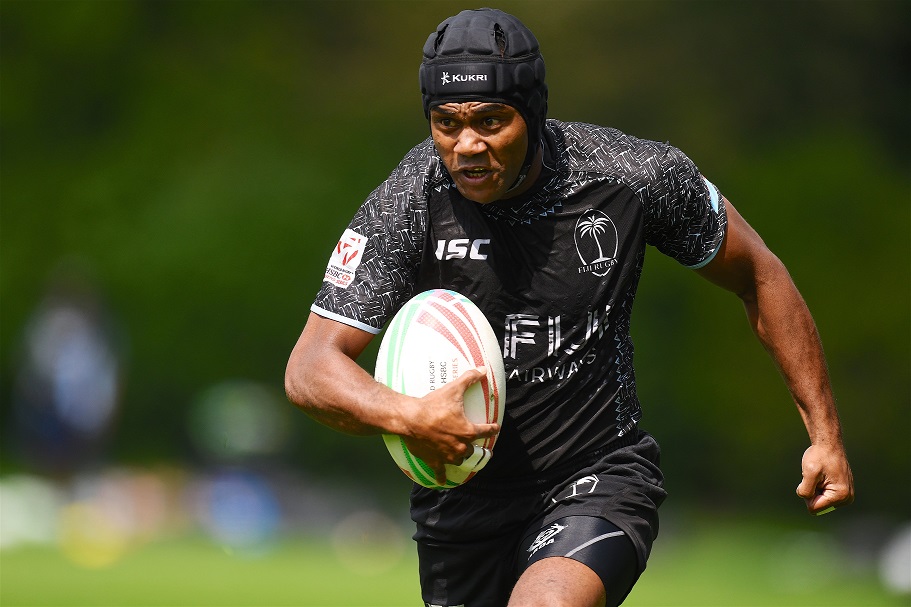 Fijian winger Alasio Naduva in full flight during a scrimmage against England in London. Picture: SUPPLIED.

“No Fiji team at any tournament is not capable of bringing back home a win,” Valesu said.

“Any seven players the coach puts on the field is capable of doing magic.”

Valesu said this was the same team that many had doubted during the last leg in Hong Kong and Singapore and they proved people wrong with a gold and silver medal win.

“They closed the mouth of a lot of critics with their performance.

“The best kind of supporter is one who can support the team win or lose. They need our support again as our team always gives its best when we are 100 per cent behind them.”

Fiji will play Kenya in its first game on Saturday at 9.36pm