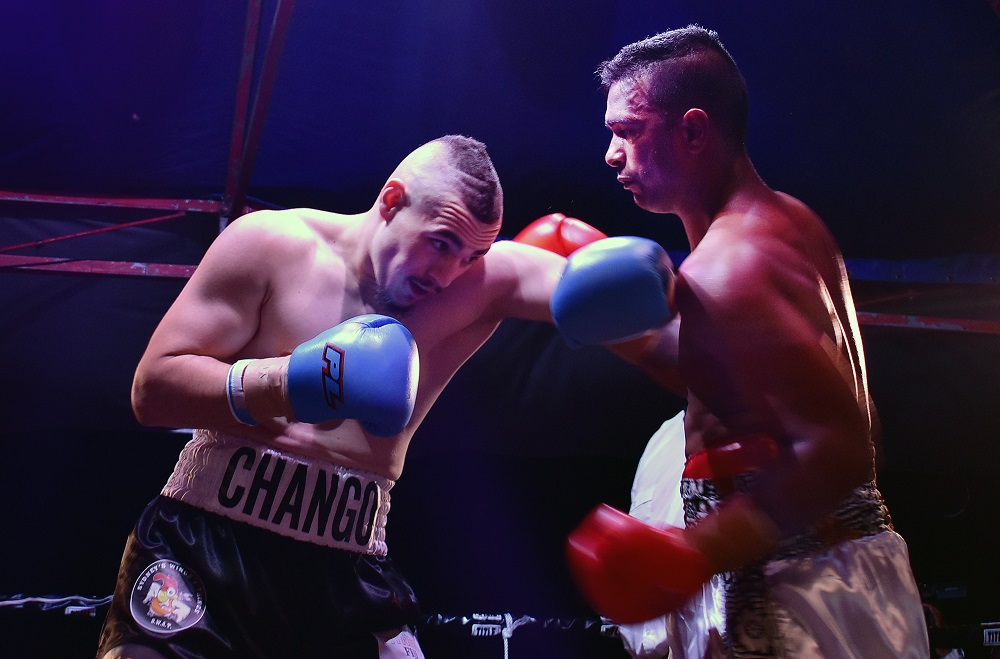 Fighting out of the blue corner wearing black trunks the 20-year-old Humzah went to work from the opening bell clearly demonstrating his urge and passion for the belt on the line.

He was disciplined, accurate and composed pressing the action and fighting according to a game plan well-conceived in advance rocking Sebastian several times during the entire 10 rounds landing punches upstairs and down at blistering pace.

The inside work was exceptional from Humzah.

When boxers tangle at close quarters the action usually drags to a halt becoming a bit boring and the ref has to shout the “break” command however Humzah’s inside fighting was as integral as boxing at long range connecting with scoring punches at a mostly defensive Sebastian either did not throw a combination of punches nor was aggressive in his approach towards the fight.

There were several possible rounds to choose from but the first and last were positively thrilling. Humzah’s energy, effective bobbing and weaving including his mercurial footwork were bitter boxing lessons for Sebastian.

Humzah thanked all the Fijian people for the wonderful hospitality adding ‘I am proud and honoured to be fighting in Fiji for the first time and thank you all for your support’.

Meanwhile in the main supporting bout for the World Boxing Foundation vacant Australasian heavyweight title 24-year-old Korolevu, Sigatoka resident James Singh employed as an aircondition technician at his sponsor — The Fiji Beach house on The Coral Coast won in the 7th round via a TKO as a brutal left hook to the head of fellow compatriot Jonasa Kavika rendered him unconscious for some time. The referee stopped the contest at 1 minute 45 seconds.

‘The heavyweight contest was a very good and clean fight, both the boxers gave 100 per cent and the way the fight was going it was pretty obvious one was going down. Both boxers deserve recognition for their efforts’ commented Allen Harris who refereed the bout.

‘I thank all the boxers for making the program a success and also all the boxing fans who turned up in numbers to witness quality fights’ a beaming Ben Krishna of Kiran Boxing Promotions said.