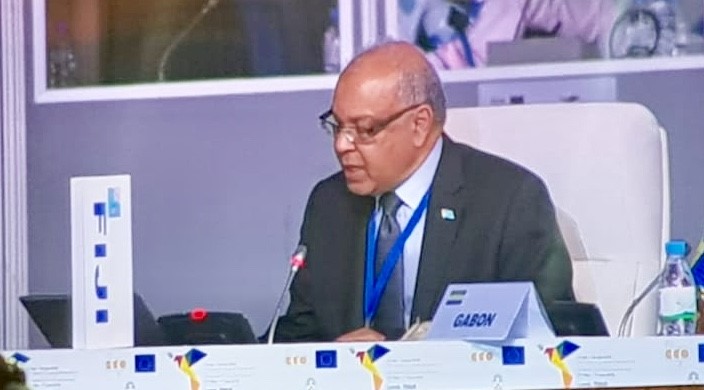 FIJI’S ambassador to Belgium Deo Saran has called on the European Union to use its influence in multilateral forums and its bilateral relationships to encourage others to pursue more ambition in the fight against climate change.

He made the plea while speaking at the “EU for Talanoa” conference, organised by the European Commission as part of the EU’s contribution to the talanoa dialogue, an international process to take stock of the collective and individual efforts towards the goals of the Paris Agreement on climate change.

Mr Saran said the talanoa dialogue was not an exercise in finger-pointing or for the exercise of naked power in which winners took all.

“Instead, it is about the respectful exchange of ideas and best practices to reach decisions for the common good, in this instance, acting to preserve the health of the planet that we all call home,” he said.
“It is also not a talkfest, merely to give the participants a warm inner glow.

“As in the Pacific, where talanoa is expected to produce outcomes, the world expects the talanoa dialogue to deliver — to produce concrete action to raise the ambition of our nationally determined contributions and other efforts to reduce greenhouse gas emissions that must be at net zero in just a few decades.”

Mr Saran said the multilateral consensus for decisive climate action had been under threat for some time and now, more than ever, the entire global community must stand shoulder to shoulder to confront the climate threat.

He said above all, there was also a need for political will.

“There is no room for failure at Katowice (host city of COP24 in Poland). We do not have the luxury of time. It is critical that this initiative succeeds which is why the COP23 presidency appeals to the whole world to seize this opportunity to build on the achievements of the Paris Agreement and put the climate struggle on a new and more ambitious course.

“The world looks to the nations of Europe for leadership — to use your influence in multilateral forums and your bilateral relationships to encourage others to pursue more ambition.

“And for Europe to give the policy signals, finance, and guidance that enable bold investments in new technology that will pave the way to a prosperous, zero carbon future by 2050,” he said.