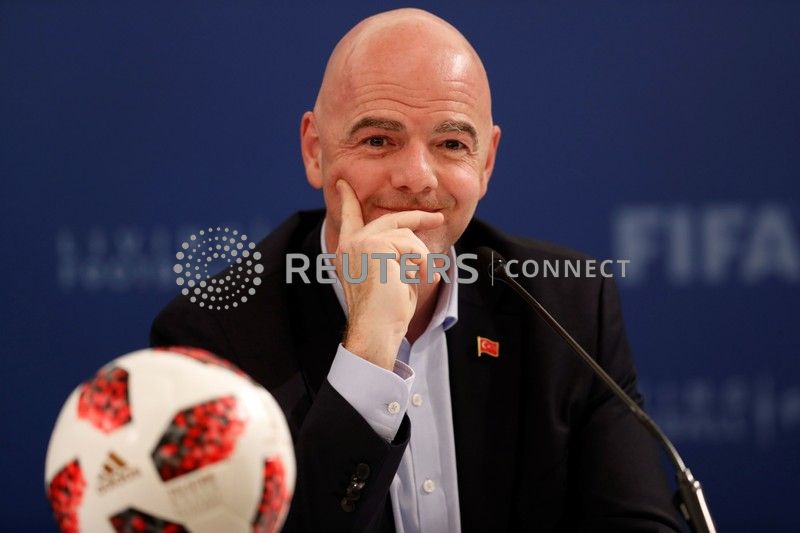 LYON, France (Reuters) – FIFA President Gianni Infantino wants to expand the women’s World Cup to 32 teams from 24 for the next edition in 2023 along with doubling the prize money to $60 million (£49 million), he said on Friday.

Ahead of the women’s World Cup final on Sunday between holders the United States and the Netherlands, Infantino said he would take his proposals to the FIFA council and member associations for approval.

“I want to expand the tournament to 32 teams,” he told a news conference.

“We will have to act quickly to decide if we are to increase it for 2023, if we do, we should reopen the bidding process to allow everyone to have a chance or maybe co-host. Nothing is impossible.”

The deadline for submitting bid documents to host the next World Cup was in April, with a host due to be appointed in March 2020 by the FIFA council. However, those plans may now change should the expansion get the go ahead.

Infantino hailed the 2019 tournament in France as “the best women’s World Cup ever”, citing figures that show the global reach will exceed 1 billion viewers across all platforms.

He said it was an opportunity to build on the game with a number of proposals.

“I would like to propose a Club World Cup for women starting as soon as possible, next year or the year after,” Infantino said.

“We need a Club World Cup which can be played even every year to expose clubs from all over the world, to make clubs invest even more in women’s football, to really shine on the world stage.”

The men’s Club World Cup has had 15 editions since being established in 2005 and is an annual tournament.

Infantino pledged FIFA would increase its investment in women’s soccer worldwide to $1 billion (from $0.5bn) over the next four-year cycle.

He also spoke of wanting to create an international women’s league, with promotion and relegation like the Nations League in the men’s game, to improve competitiveness in the World Cup.

“In many parts of the world, unfortunately, qualification for the World Cup even is just based on a tournament, there is no proper qualification,” Infantino said.

“Even where there is … there are preliminary rounds where some teams get eliminated after two games and then for four years they don’t play women’s football anymore. We cannot let this happen.”