FIFA says no reason for Swiss authorities to investigate Infantino 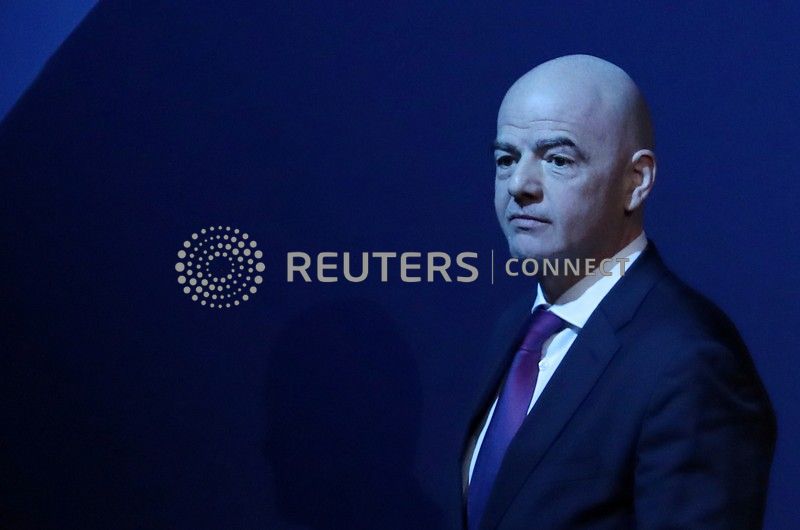 BERN (Reuters) – Global soccer body FIFA has said there is no reason for Swiss authorities to launch criminal proceedings against its president Gianni Infantino who will continue in his role as normal.

Swiss authorities said on Thursday that proceedings had been launched against the current FIFA boss by a special prosecutor looking into meetings he had with Swiss Attorney General Michael Lauber. Lauber and Infantino have already denied wrongdoing.

“There was and is absolutely no reason to open any investigation because nothing remotely criminal has happened and there is nothing at all to suggest any form of criminal wrongdoing,” said FIFA in a statement on Sunday.

It said that the meetings were not secret and took place in public places, such as hotels and restaurants, chosen by the Swiss Attorney General’s office.

FIFA said that special prosecutor Stefan Keller, who opened the proceedings, has “presented no serious elements or legal basis for the opening of any investigation and lacks any detail as to the substance of the case.”

It added: “The FIFA President will continue to fully assume his functions within FIFA and fulfil his duties and will continue to cooperate with the authorities in Switzerland and around the world.”