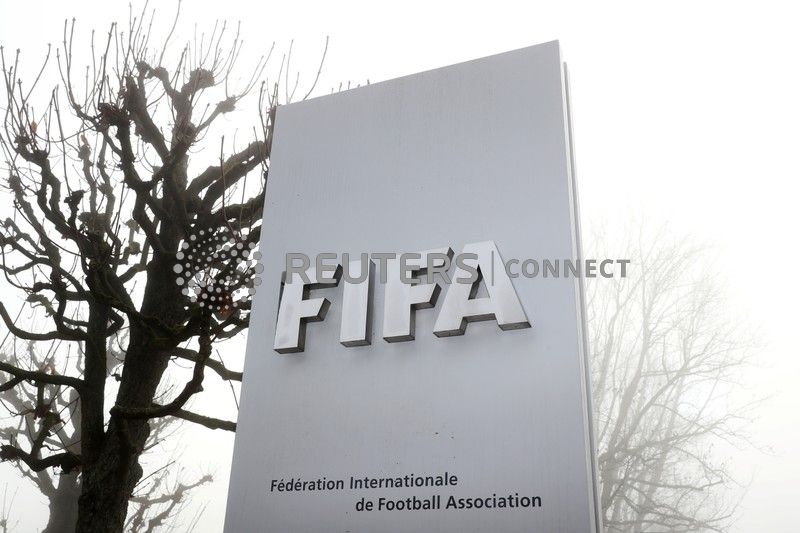 FIFA's logo is seen in front of its headquarters during a foggy autumn day in Zurich, Switzerland November 18, 2020. REUTERS/Arnd Wiegmann

FIFA is investigating the clashes at Wembley Stadium between police and Hungarian supporters at yesterday’s game against England saying it has “zero tolerance against such abhorrent behaviour”.

World football’s governing body is also looking into incidents in the game between Albania and Poland in Tirana, where bottles were thrown on the pitch after Poland scored.

Police came under attack from Hungary fans after they moved into the ‘away section’ and had to retreat.

The Metropolitan Police said they had taken action after a steward was racially abused.

Meanwhile Manchester United forward Anthony Elanga was subjected to an alleged racist comment by an opponent while playing for Sweden Under-21s against Italy.

Sweden submitted an oral report to the match referee and delegate after the allegations by 19-year-old Elanga.