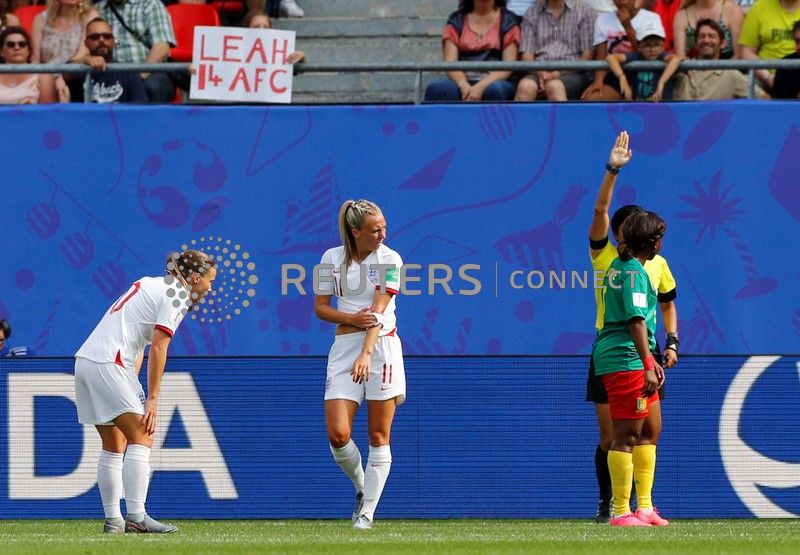 (Reuters) – FIFA opened disciplinary proceedings against Cameroon after an ill-tempered 3-0 loss to England in the last 16 of the women’s World Cup on Sunday, during which they reacted furiously to two VAR decisions.

Several Cameroon players remonstrated with the referee and for a long time refused to restart the match after England’s second goal was ruled offside and then allowed after a VAR review.

Cameroon then thought they had pulled a goal back early in the second half, but VAR again ruled against them for a marginal offside – sparking more chaotic scenes.

Cameroon coach Alain Djeumfa pointed the finger at the referee, calling the defeat a “miscarriage of justice”.

England manager Phil Neville heavily criticised the behaviour of his side’s opponents after the contest, which involved strong challenges throughout including one horrific tackle on England’s Steph Houghton.

“I am completely and utterly ashamed of the opposition,” the former Manchester United player said. “If that was my team – and it will never be any of my players – they would never play for England again.”