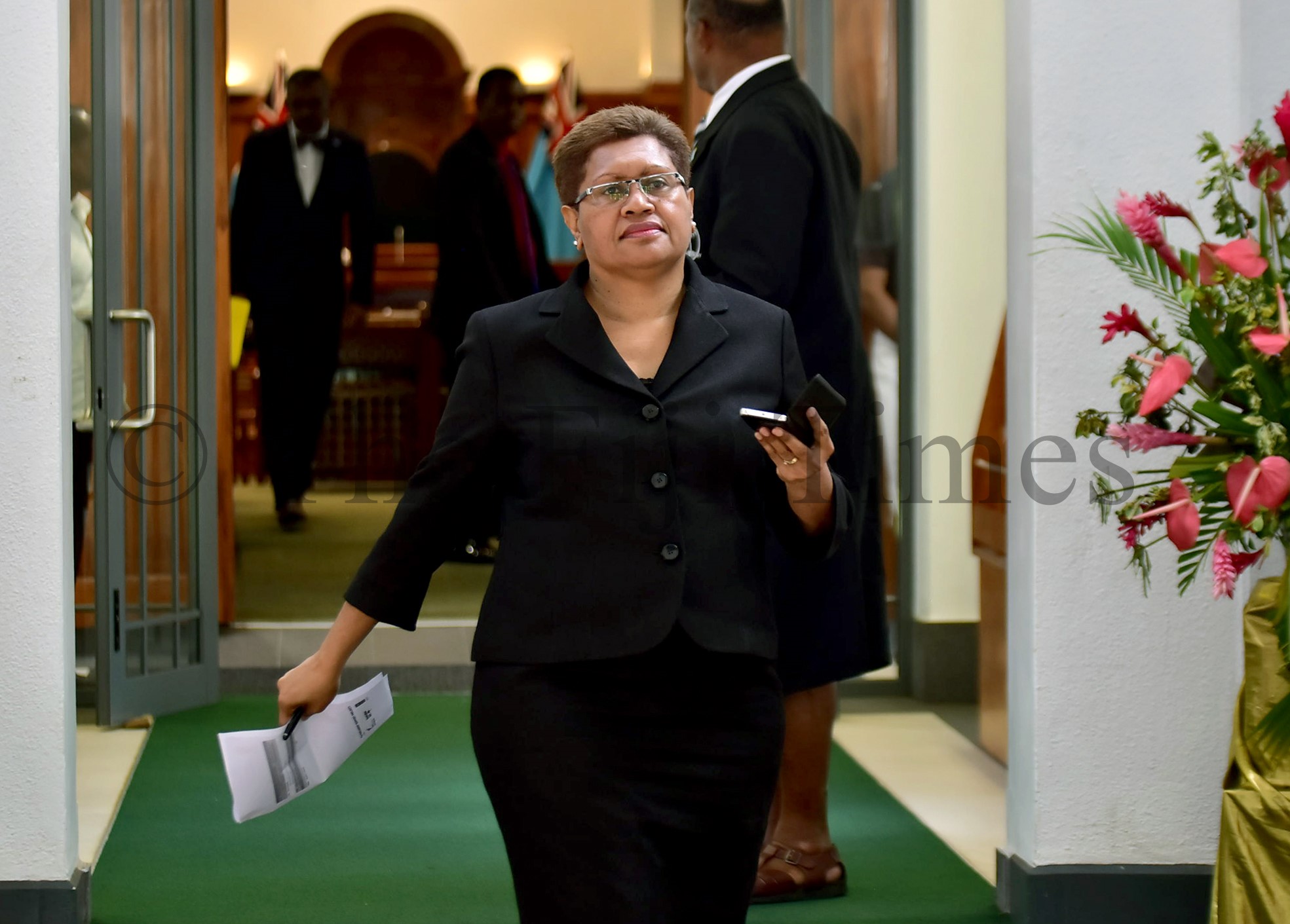 Secretary-general to Parliament Viniana Namosimalua has called on members of Parliament to uphold the highest standards of integrity after reports that some politicians were under scrutiny for alleged breaches of travel and allowance claims surfaced.

It is understood the allegations have been levelled at MPs from both sides of the House.

Ms Namosimalua confirmed her office lodged a complaint with the Fiji Independent Commission Against Corruption (FICAC) and investigations had begun.

“I really can’t comment on the details of the complaint as FICAC has begun investigations,” she said.

“I say this, though. This is a matter of honour and we expect all MPs to uphold the highest standards of integrity.”

Under the Parliamentary Remunerations Act 2014, MPs, deputy Speaker, Government/Opposition Whip, and leader of the House and excluding the Prime Minister, ministers, Speaker and the Leader of Opposition are entitled to accommodation allowance – for meetings of Parliament or committee, “if the member permanently resides at any place more than 30 kilometres away from the place of the meeting of Parliament or Committee, then the member shall be entitled to an allowance of $350 per day plus $30 per meal”.