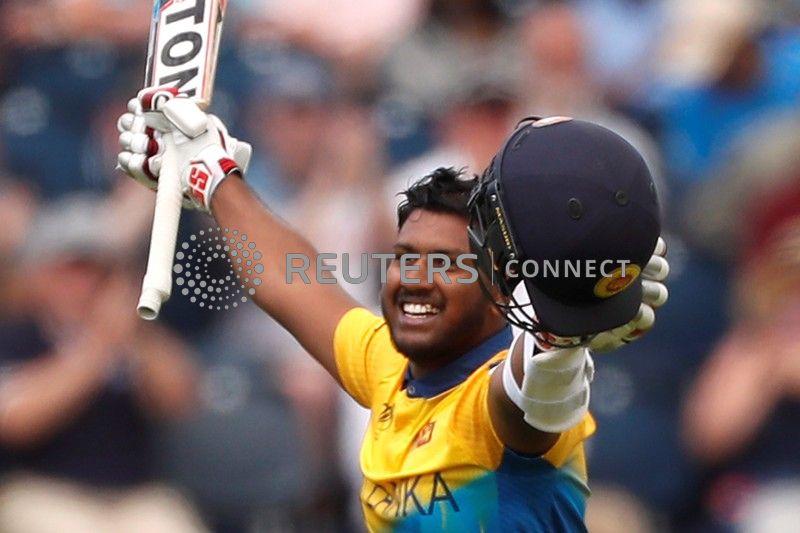 (Reuters) – Batsman Avishka Fernando smashed his maiden ODI century to guide Sri Lanka to 338-6 in 50 overs in their World Cup match against West Indies at Chester-le-Street on Monday.

Having won the toss and elected to field first, the West Indies fast bowlers struggled with the new ball as Lankan openers Kusal Perera and Dimuth Karunaratne laid the foundations for a mammoth total.

The pair added 93 runs at a brisk pace before captain Karunaratne (32) nicked a swinging delivery from Jason Holder to wicketkeeper Shai Hope.

Perera (64) soon followed his skipper to the pavilion after bringing up his 14th 50 before Fernando anchored the innings alongside Kusal Mendis.

Fernando, playing only his ninth one-dayer at the age of 21, finished with 104 off 103 balls including nine fours and two sixes, before he holed out to Sheldon Cottrell.

His partnership with Lahiru Thirimanne (45) ensured former champions Sri Lanka breached the 300-mark for the first time in the tournament as they chase only their third victory of the tournament.

Both Sri Lanka and West Indies are already out of the race for semi-final spots and currently occupy seventh and ninth spots in the league table respectively.