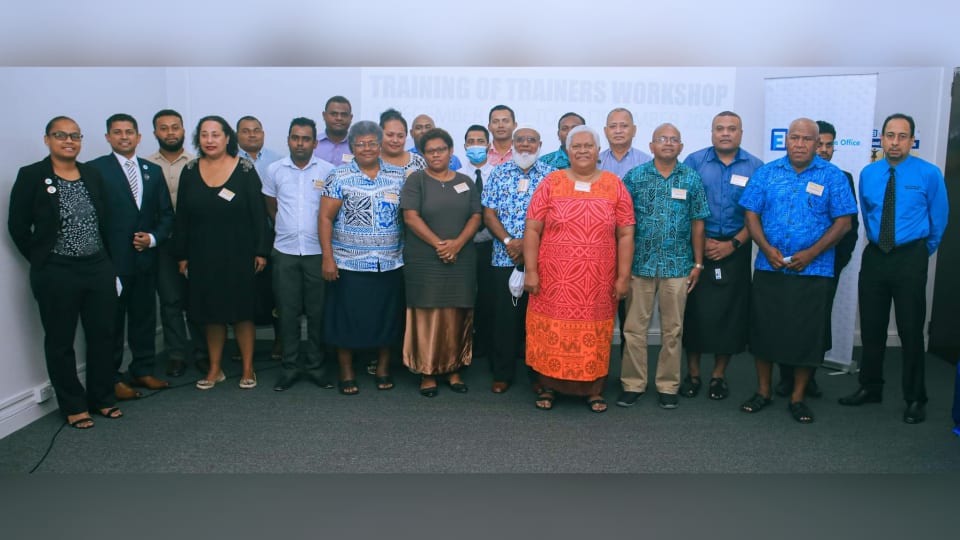 Launch of Training of Trainers Workshop at the FEO HQ _ December 6, 2021. Picture: FEO

Participants of the training of trainers’ workshop by the Fijian Elections Office (FEO) for the 2022 General Election which was launched today were reminded that honesty, integrity and being apolitical form the cornerstone of any independent election management body.

Supervisor of Elections, Mohammed Saneem said there are strict requirements when it comes to working in the Fijian Elections Office.

“You will start a training in which you are going to train all these people who will work in the next general election as election officials,” Mr Saneem said.

“We command the trust of thousands and thousands of Fijians and it is upon you to ensure that this trust is maintained at the highest level,” he said.

“It is very important to take ownership. Take strong ownership of this process and ensure that the people you train are well trained to deliver as we expect.

“We expect nothing less from you because you have been recruited through a merit process. We anticipate you are the best of the lot that applied.

“Some 100 plus applications were received and I am informed that 83 of you are being trained from this week during the different sessions that are being held in Suva as well as in the western and northern divisions.

“The top performers from this training will be finally selected. Those who can do the job, those who are prepared to take ownership of the election and lastly, those who will train the best staff to deliver a good, credible, fair and free General Election in 2022.”

Mr Saneem also said for the first time, they will be using the FEO’s online learning platform E-Vuli to supplement the trainings.