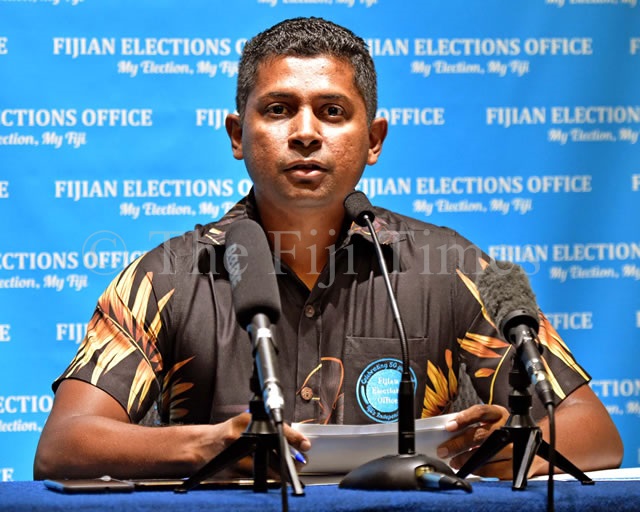 The Fijian Elections Office (FEO) has issued a notice under Section 144A (2) of the Electoral Act to the Fiji Labour Party directing it to remove its social media Facebook post.

Last Sunday, the FLP had claimed via its official social media Facebook page that Supervisor of Elections Mohammed Saneem was forced to resign.

The FEO said in the notice that the social media post was to be removed immediately.

It stated that Mr Saneem may refer the party to court for prosecution for contravention of Section 144A(2) of the Electoral Act if there was no adherence to the notice given.

“Members of the public are advised that the information contained in the same post and Fiji Labour Party’s Facebook page is false and misleading,” FEO said in a statement.

“It is incredible the extent to which the Fiji Labour Party has gone to fabricate something and then make it publicly accessible with such a high rate of publication despite fully knowing it to be false and lies.”