Fellaini should be fit for Chelsea clash – Martinez 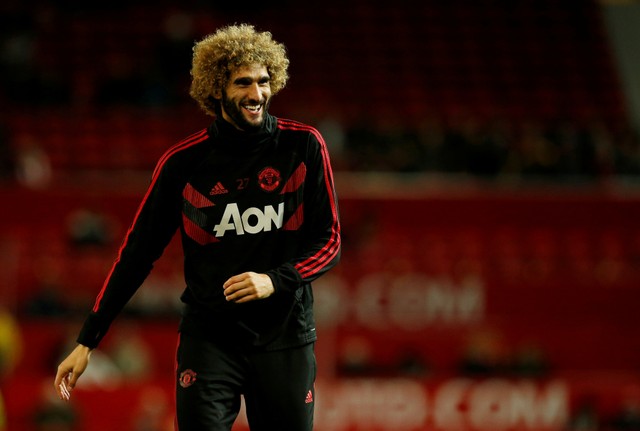 (Reuters) – Marouane Fellaini should be fit for Manchester United’s Premier League trip to Chelsea on Saturday despite sitting out Belgium’s friendly against Netherlands, the midfielder’s national team manager Roberto Martinez has said.

The 30-year-old was not involved in the 1-1 draw against Ronald Koeman’s Dutch side in Brussels on Tuesday, with Martinez confirming Fellaini was not “100 percent fit”.

“He should be fine, it’s just he wasn’t 100 percent,” Martinez told reporters.

“He’s got an important game at the weekend and this wasn’t the game to use players who weren’t 100 percent. We expect he should be fine in the next couple of days.”

United, eighth in the standings on 13 points after eight matches, will be hoping to carry the momentum from their comeback win over Newcastle United in their last fixture to Stamford Bridge as they bid to make up ground on the top four.