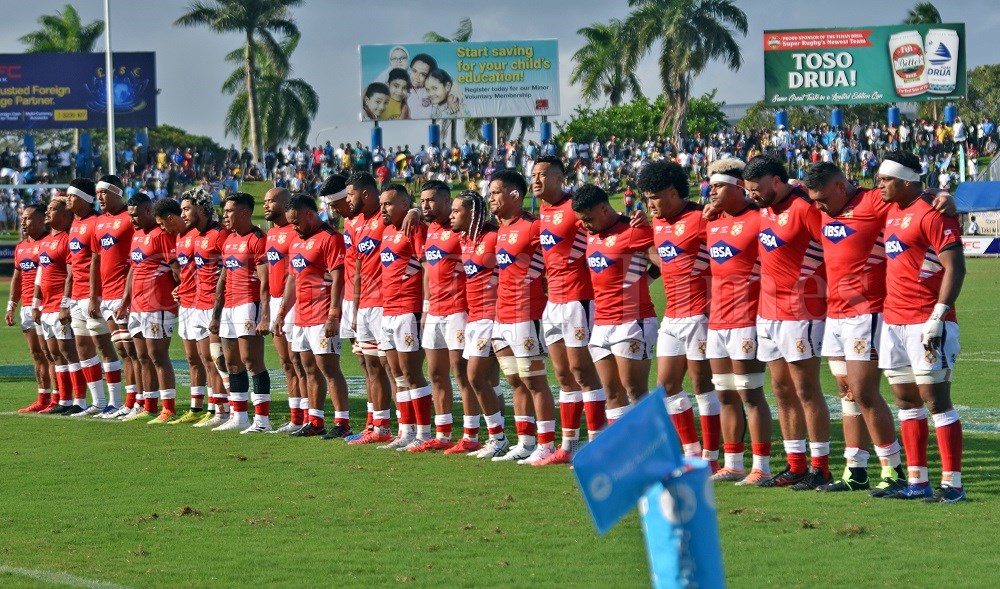 The Ikale Tahi Tongan side before their World Rugby Pacific Nations Cup match against the Vodafone Flying Fijians at the HFC Bank Stadium in Suva on Saturday, July 02, 2022. Picture: JONACANI LALAKOBAU

“The feeling was unreal.” Those were the words of Ikale Tahi Tonga winger Isileli (Israel) Folau as he described the opening matches of the Pacific Nations Cup 2022.

With much rugby entertainment, the players lived up to expectation in producing world-class display in Suva yesterday.

The newly named HFC Bank Stadium, formerly called ANZ Stadium, was almost filled to capacity as fans flocked to the Laucala Bay oval. Folau, who is reviving his international career after being dropped by Australia and a three-year stand-down period, represented Tonga for the first time yesterday .

He said the atmosphere and the level of Fijian support in the sport was something he loved to follow.

“This is the first time for me to play in Fiji and what more you can expect from the vocal fans,” he said after Fiji beat Tonga.

“Very … obviously tough playing Fiji. We have a lot to learn from their running game.

“I really enjoyed it.” Folau was replaced 10 minutes into the game after suffering a hamstring injury. Vodafone Flying Fijians coach Vern Cotter said the PNC presented a good opportunity for his players.

“We’re saying, we have some pretty tough players out there who lined up for Samoa and Tonga. Then there’s some very good Australian players there as well. So, when we were preparing, we looked at the rosters in the coaching teams. We knew this wasn’t going to be easy, so it’s a great springboard for moving forward for all the teams.

“Now, from here throughout, it’s going to be great for Tonga as they look for a spot in the Rugby World Cup and also for Samoa, which is going to look for more strength. So, it is great.”

The Flying Fijians defeated Tonga 36-0 while Samoa’s Nigel Ah Wong’s scored a brace to disappoint Australia A with their 31-26 win.

The PNC’s second round will be in Lautoka next weekend.