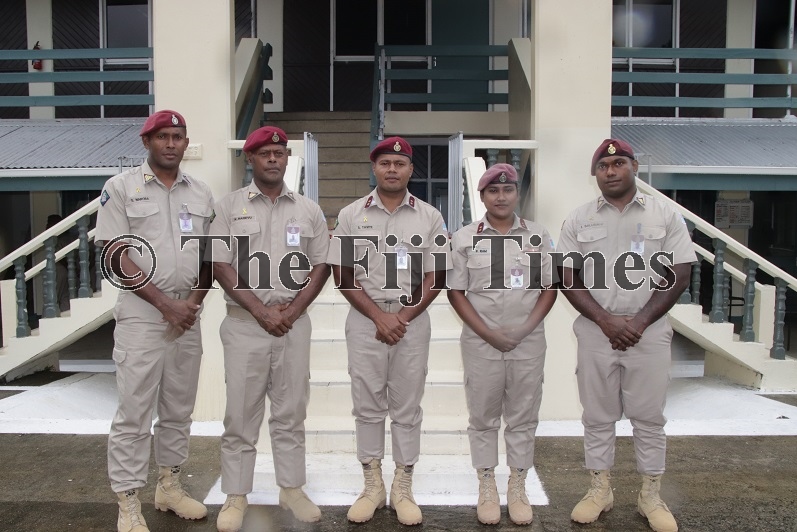 Commissioner Commander Francis Kean congratulated the men and women for coming through a challenging leadership course.

“I know the course was very challenging and demanding mentally however the real challenge will begin when you return to your institutions where you are expected to become agents for change in implementing what you have learnt, here at the Academy’’ Commander Kean said.

“I congratulate you for your achievements today.”

Commander Kean reminded them that as a link to their subordinates and Officers they needed to be grounded in knowledge to maintain standards within their respective correction centres and units.

Five of the graduates received a pleasant surprise after they were promoted.

Amongst them was 35- year old Prabashni Ram who was promoted from the rank of COA to Temporary Principal Corrections Officer.

“This special achievement I owe to my family at home, as a woman I found this course very challenging. But I am happy it has helped me discover my own strengths and weaknesses.

“This is my seventh year in Corrections and I have never regretted my decision to sign up.”