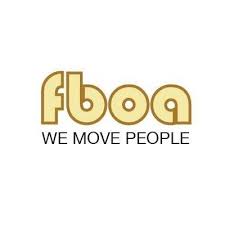 THE Fiji Bus Operators Association (FBOA) has set the record straight following unfair criticism against a financial institution and its executives on allegations that it was not helping the bus industry in its moment of crisis.

FBOA president Nisar Ali Shah has instead clarified that HFC Bank had gone out of its way in the past two years to accommodate the cash flow needs of their bus operator clients.

However, he said it had come to a point where the bank could no longer assist struggling bus companies.

He said the bank had to comply with its Board of Directors and Reserve Bank regulations regarding its security position.

Mr Shah’s statement comes after exchanges were made on social media, mostly criticising the HFC Bank, its chief executive officer and its staff for not supporting struggling bus operators in the Western Division.

“We do not condone these unfair attacks on HFC Bank. As a local bank, HFC has staunchly supported the bus industry all these years but there are other factors impacting on the industry that are outside of the bank’s control,” Mr Shah said.

“The economics of more than 10 years of frozen fares have finally caught up with the industry and the result is what we are experiencing today.”