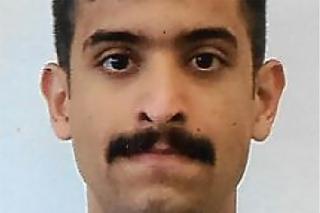 PENSACOLA, Fla. (Reuters) – Investigators believe a Saudi Air Force lieutenant acted alone when he killed three people and wounded eight at a U.S. Navy base in Pensacola, Florida, before being fatally shot by a deputy sheriff, the FBI said on Sunday.

But they have yet to determine a motive for the rampage, even though fellow Saudi students at the base who were close to the shooter are cooperating with investigators, said Rachel Rojas, special agent in charge of the FBI’s Jacksonville office and lead investigator on the case.

Rojas said the FBI was working, as it does in most mass shootings, on the presumption that it was an act of terrorism, but she stressed that was largely to allow investigators to use special tools afforded to them in terrorism cases.

“We are looking very hard at uncovering his motive and I would ask for patience so we can get this right,” she said, adding that 80 FBI special agents, 100 support staff and scores of other investigators from the Navy and multiple federal agencies were working the case.

The FBI identified the shooter as Second Lieutenant Mohammed Saeed Alshamrani, 21, and said he opened fire inside a classroom at the base early on Friday morning.

Rojas said the pistol he used – a Glock 9mm handgun that can be paired with a magazine holding 33 rounds – was legally purchased by the shooter somewhere in Florida. According to U.S. regulations, it is legal for a foreigner in the United States on a nonimmigrant visa to buy a gun if certain conditions are met – including if they simply have a hunting license.

Alshamrani was on the base as part of a U.S. Navy training program designed to foster links with foreign allies. He had started training in the United States in 2017 and had been in the Pensacola area for the past 18 months, authorities said.

His fellow Saudi students were speaking directly with American investigators and were restricted to the base on order of the Saudi military, Rojas said.