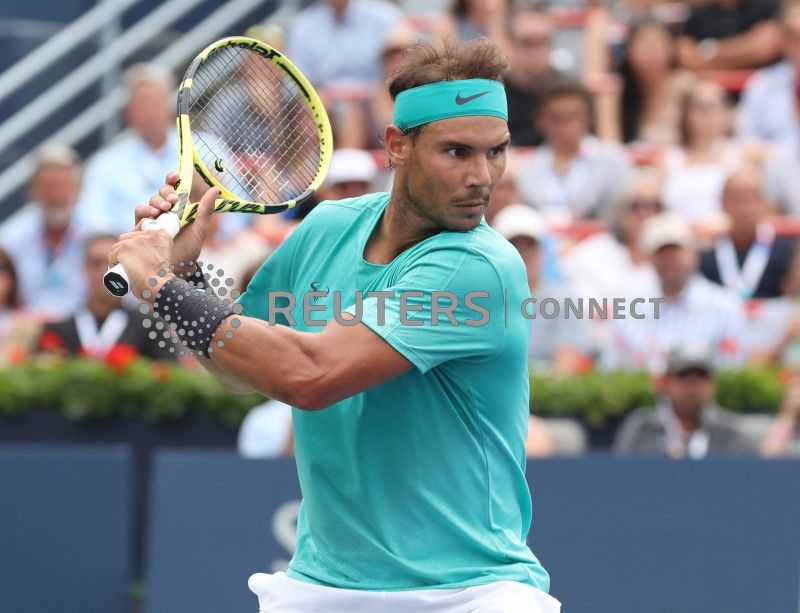 (Reuters) – World number two Rafa Nadal has withdrawn from this week’s Cincinnati Open due to fatigue, the tournament’s organisers said on Sunday.

The Spaniard, Cincinnati champion in 2013, beat Russia’s Daniil Medvedev to claim his fifth Rogers Cup in Montreal earlier in the day.

Cincinnati organisers also said Canadian teen Bianca Andreescu, who was crowned women’s champion at the Rogers Cup after Serena Williams retired in the final with a back injury, had also withdrawn because of a change to her schedule.