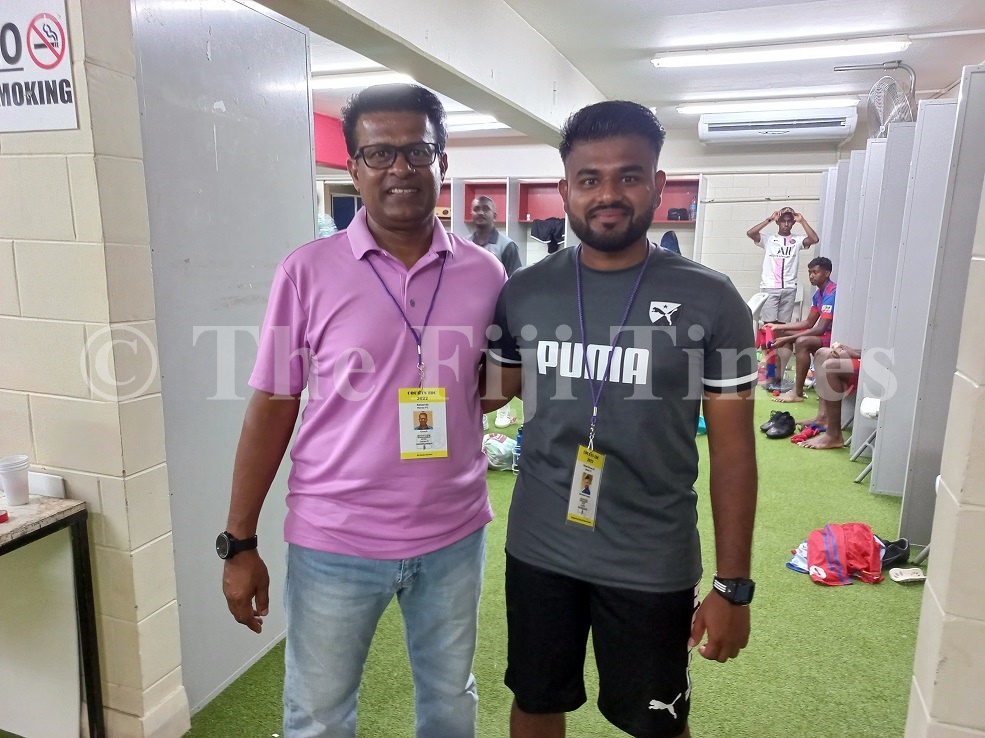 The Navua football side remains unbeaten after two days of competition at the 2022 Courts Inter District Championship.

Many football pundits had not given the minnows any chance at this tournament but they have proved critics wrong holding stronger teams in the likes of Suva and Nadi.

Much of the credit goes to team coach Saiyad Ali. Ali joined the team earlier this year and has brought the side through the development phase.

What many fans don’t know is his son, Saiyad Rizwan Ali has been assisting him preparing the team for this tournament. Rizwan, 23 is here from the USA helping his dad.

The young assistant coach holds a Degree in Performance and Sports Psychology obtained from the Grand Canyon University in Arizona, USA.

He is a FIFA C-Licence holder in coaching and is the coach of the Sacramento FC side which plays in the United States League, second to the Major League Soccer competition. His father said the emotions could not be put into words.

“I’ll never be able to describe what the feeling is like having my son assisting me. It is his first tournament here and he has really made me proud.

“He has got along really well with the team. The boys like his nature and appreciate the effort he gives to the team.”

Saiyad said the younger Rizwan had interest in coaching from a very young age.

“He was just eight years old when I used to take him to the national camp. At that age he used to set up the team’s warm up and that’s how his interest grew.”

The father-son duo have been working wonders for the Navua side and fans will be hopeful that the combination works today when their side take on Nadroga in the pool decider.