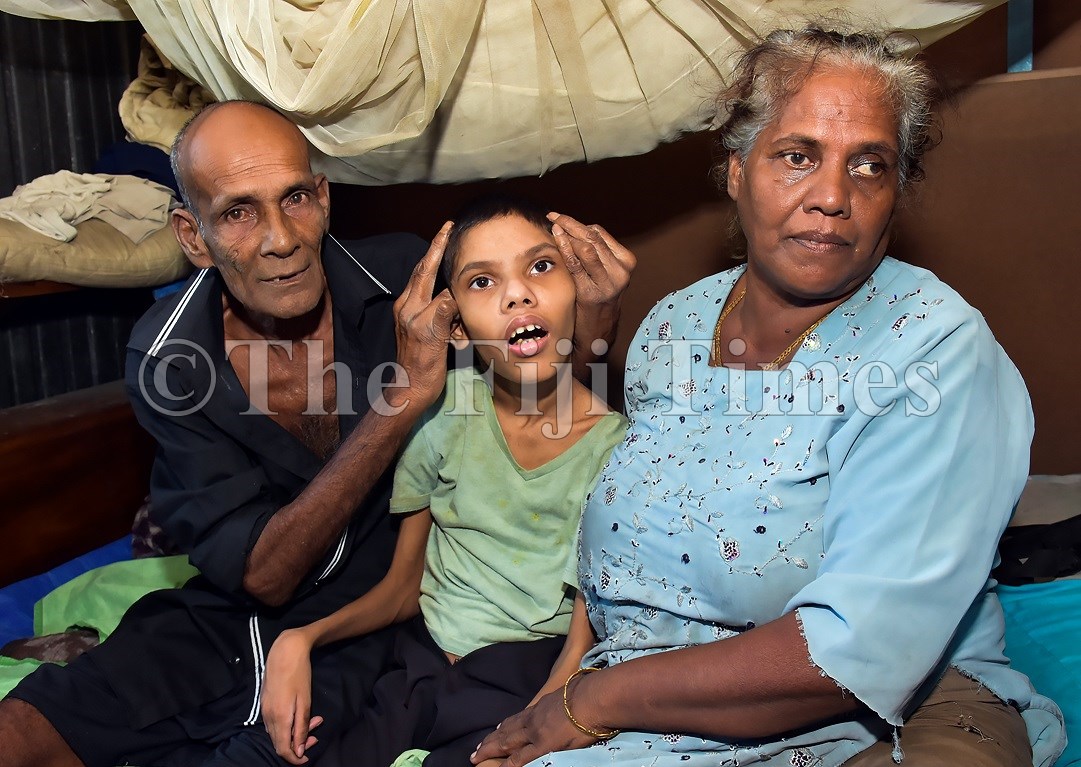 Mohammed Yunus (left) with wife Mulshad Begum and son Mohammed Fazil at their home in Vunato settlement on the outskirts of Lautoka City. Picture: REINAL CHAND

MOHAMMED Yunus has not left his 20-year-old bedridden son’s side since Lautoka went on lockdown last week.

He has spent the past few days inside their tin shack, praying for a good Samaritan to assist his family.

He is in desperate need of money for food and medication for his son, Mohammed Fazil, who has cerebral palsy.

Mr Yunus, a social welfare recipient who also does a few odd jobs to provide for his family, lives in Vunato settlement, on the outskirts of Lautoka City.

It is in close proximity to where the Sugar City deposits its waste.

His son has been living with the medical condition since birth.

“It’s so hard, I didn’t know what was happening and when I saw people wearing masks, I started asking them and they told me it was some kind of sickness,” Mr Yunus said.

“I usually cut the grass and do a few jobs that I come across to earn some money but this has not been the case for the past two weeks. The money from social welfare is just enough to buy food stuff and does not really last for a month.”

Mr Yunus said he had spent the past two weeks at home and efforts to find any kind of work to sustain his family had proved futile.

His said most of his clients said they were struggling to get by themselves.