Father mourns death of his only son 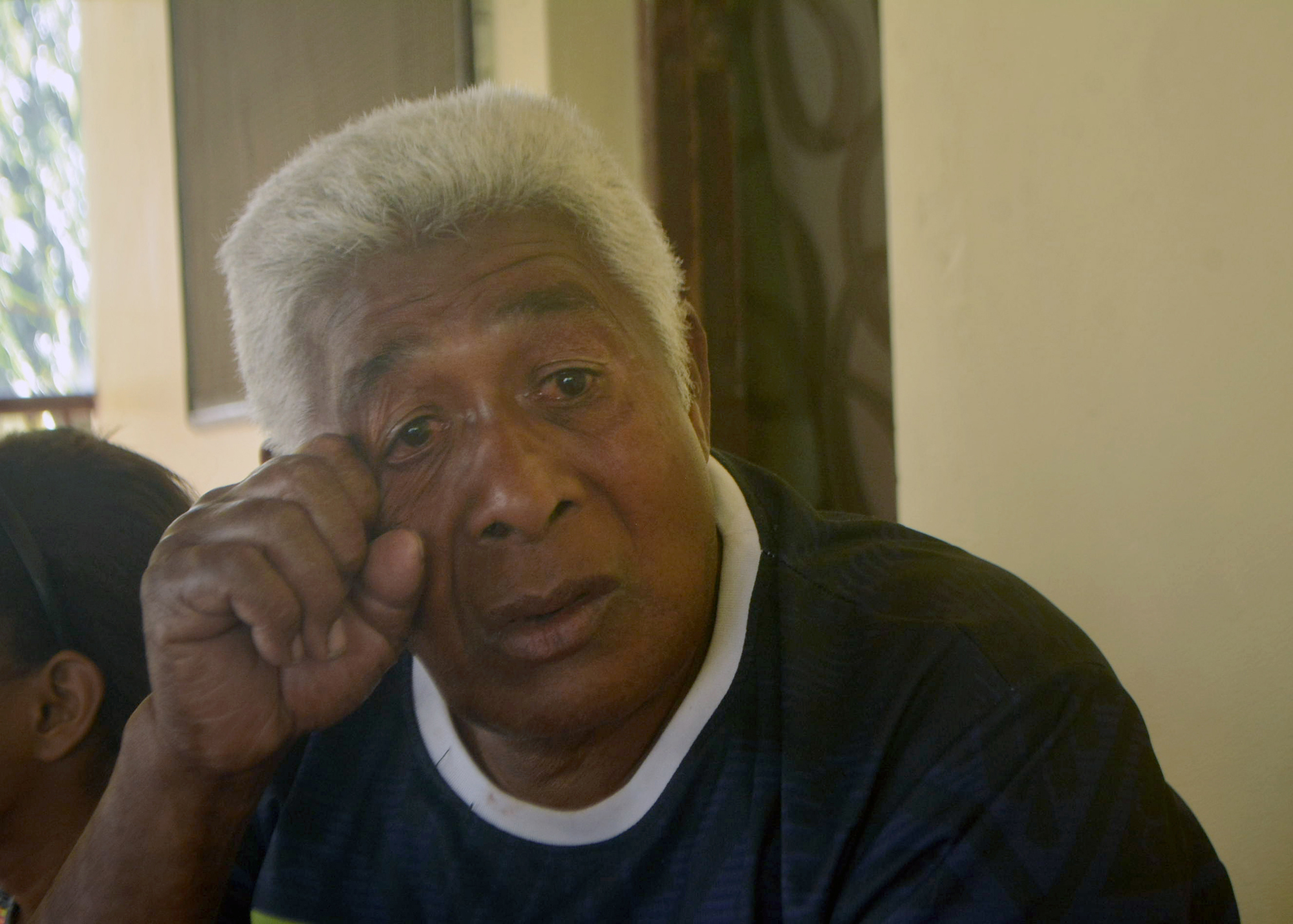 Viliame Matai Pareti in tears after the loss of his son Atilai Ruitoka Pareti at Narewa village in Nadi yesterday. Picture: BALJEET SINGH

Mr Pareti was preparing to go to work when he heard of a car crash in Nadroga where the victims perished in a three-vehicle collision.

The 57-year-old was overcome with dread when he heard about the fatal accident.

“They left around 8 o’clock and it was around 10 when someone told me there was a car crash somewhere in Nabou,” he said.

“From that moment I knew something had happened to Rui. “I was restless and something inside me knew that he was in that crash.”

He said when he rushed to the Nadi Hospital, he found his son among the dead.

“When I entered the emergency room it felt like walking into a war hospital. “There were people lying on beds with their face covered in blood. Their arms and legs were broken.

“I saw Rui and he had a deep cut on the back of his neck. “He had one of the worst injuries.”

The 23-year-old’s mother, Elenoa Driu, said she was able to confirm her son’s death when images of the accident were posted on social media.

“When his dad was saying that he had a bad feeling about the accident, I did not want to believe it,” she said.

“But when someone showed me the pictures, I saw Rui. When I saw his Ratu Navula jersey and blue jeans, I knew it was him.”