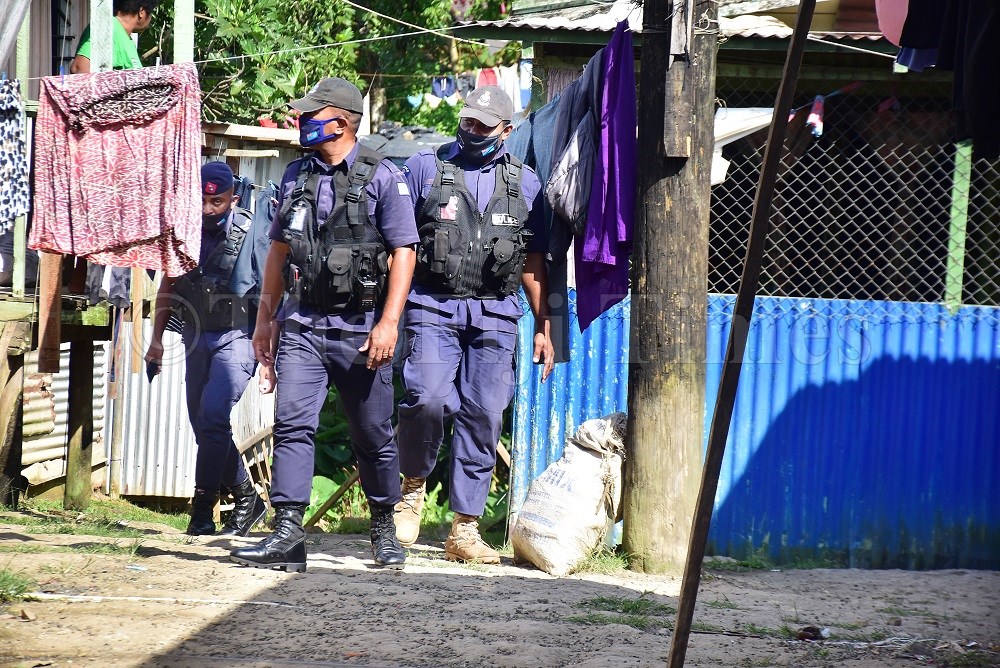 Police offi cers search for youths who were part of a brawl at Jittu Estate, Raiwaqa. Picture: SOPHIE RALULU

The father of a teenager who was arrested in relation to the melee at Jittu Estate, Suva, on Sunday says he is disappointed with the inaction of the community’s crime stoppers committee (CSC).

Speaking to The Fiji Times on the condition of anonymity, the man said his son was part of a drinking party “somewhere on Lagilagi Housing Rd”.

“Another man wanted to join the party but was chased away,” he said.

He claimed the man who tried to join the drinking party was the same person who ran in front of a bus at a set of traffic lights in Nabua late last year – an incident caught on camera that had gone viral on social media.

“They chased him away because he is unstable and often says annoying things.

“He walked further up the road and eventually walked back down towards Gaji Rd where he was met by members of the CSC who he is related to and he was bleeding.”

He alleged the brawl started because the youths, including his son, who were drinking, had come down the road from where the party took place and the CSC members assumed it was the group who hurt the man.

“Instead of sorting the issue out, they attacked the drinking group, that’s how this whole thing started.”