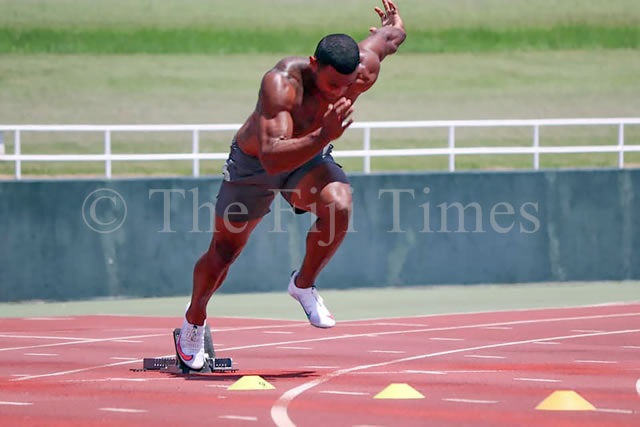 FASANOC through its ACE program proactively advocates on four of the SDGs, which is on the good health and wellbeing, quality education, gender equality and combat of climate change. Picture: FT FILE

Chief executive Lorraine Mar said FASANOC had already committed to this strengthening of the role of sport as an important enabler for the UN SDGs.

FASANOC through its ACE program proactively advocates on four of the SDGs, which is on the good health and wellbeing, quality education, gender equality and combat of climate change,” she said.

“The program has seen athletes take a proactive approach to encourage, engage and empower athlete leaders and communities in Fiji in the advocacy of Olympic values, true spirit of sport and other social messages.”

“Fiji’s ACE program has been recognised by the IOC for championing this cause and we are very proud of our champions and the work they do.

“When COVID-19 hit our shores and outreaches could not be mobilised, the ACE team recorded television advertisements and these were aired on Fiji TV to spread awareness.

“FASANOC commissions have also been working hard to ensure that the UN SDGs are part of their social responsibilities.”

According to their media release the Olympism 365 applies the fundamental principles of Olympism and aligns with local aid investment plans, development plans and other initiatives that are aligned with the SDGs. Olympism 365 accounts for the progress that has been made by the IOC and its stakeholders over the last 20 years to contribute to a peaceful and better world through sport.

It also positions the Olympic Movement’s ambitions to remain relevant in the current global context, which has been exacerbated by the global pandemic.

IOC president Thomas Bach said sport had great social significance by being the glue that bonded communities together. “The Olympic values that are enshrined in the Olympic Charter and drive the work of our movement are more relevant than ever,” Bach said

“They not only come to life during the Olympic Games, but every day, everywhere. It is our duty to ensure that governments and the entire international community continue to invest in sport and its irreplaceable values.

“With the adoption of Olympism 365, we will create and strengthen partnerships that will allow us to further contribute to building a better world through sport, together.”