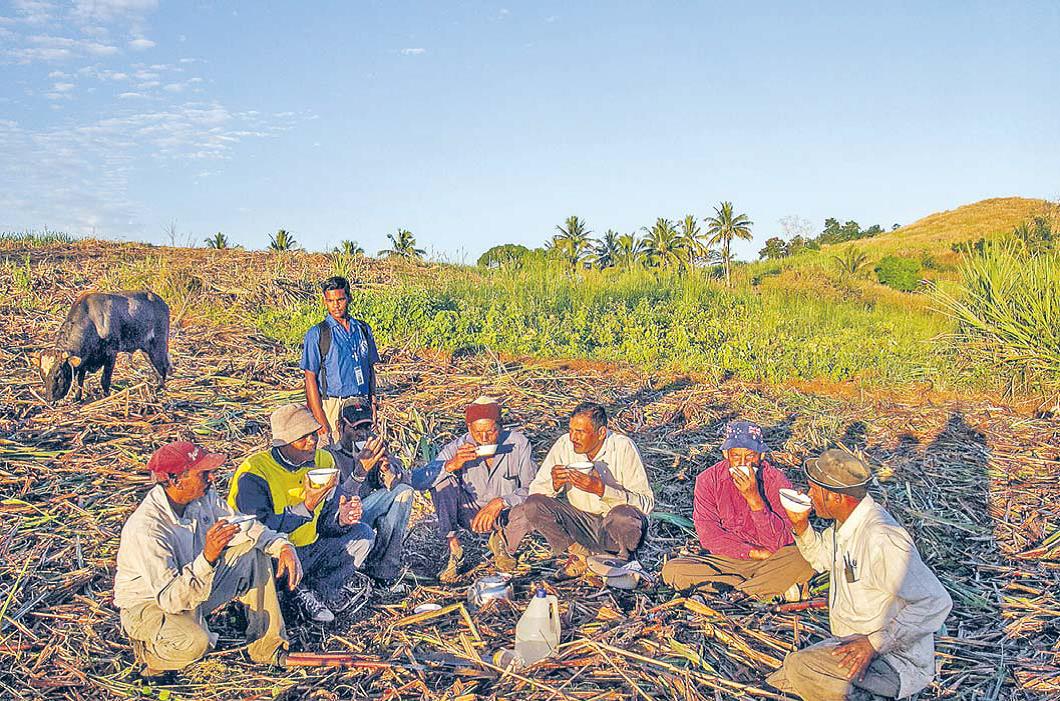 Sugarcane farmers from Kawakawa near Labasa during their tea break. Picture: FILE

THE National Farmers Union has called on the Sugar Industry Tribunal to explain why the fourth cane payment had not been made.

Union president Surendra Lal claimed the payment should be done four weeks before the start of the June 6 crushing date.

With less than three weeks to go, he said farmers should have received payment to help them prepare for the harvesting season.

“Our members have queried about this payment but we can’t tell them anything or give a definite answer because we are also in the dark,” he said.

“Farmers need this payment to help them bring in the labourers, buy food for the labourers, prepare their camp and take care of other necessary payments to begin the season.”

Growers interviewed yesterday said they were worried and would not be able to secure labourers without money.

Dharam Deo from Vunimoli, Labasa, said if the payment was not made in time, he would be forced to use income from his vegetable farm to meet cane harvesting expenses.

“Most farmers will start late because they need the money to do payments for the start the new season,” he said.

Sunil Prasad, sardar for Vunimoli sector gang number one, said most of his members would start harvesting after June 6.

Under the Sugar Master Award, the payment should have been done by May 31.