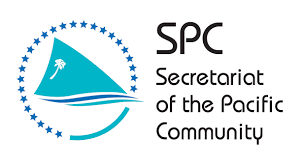 THE risk to humans from pesticides used on vegetables grown in the Sigatoka Valley is the focus of a study being conducted by the Pacific Community (SPC)’s Land Resources Division.

SPC’s Land Resources Division pest and disease management adviser Fereti Atumurinava made the revelation during a panel discussion on organic and regenerative agriculture held at the University of the South Pacific Lautoka campus last week.

He said the study would measure the maximum residue level (MRL) of pesticides found in vegetables produced in the valley, one of the country’s biggest vegetable-growing areas.

“In this new project, we are testing the residue levels because it is another area that we have to look at,” he said.

“After the use of pesticides on crops coming out of the Sigatoka Valley, we want to crosscheck the amount of residue because they could be either high or at a level that is not harmful to people’s health.

“For each crop, there is a different MRL that is authorised by our health authorities meaning that the residue lower than the MRL will not affect someone’s health.

“The MRL is what we need to confirm for vegetables that are in the market.”

He said the research would also place growers under the spotlight, in the SPC’s aim to determine the amount of pesticides being administered by farmers.

“We can also find out the dosage of the pesticide and we want to make sure that the farmer is following proper farming practices.”

Meanwhile, he said researchers had completed a study in 2017 that measured the resistance of insects to pesticides used on vegetable farms in Sigatoka.