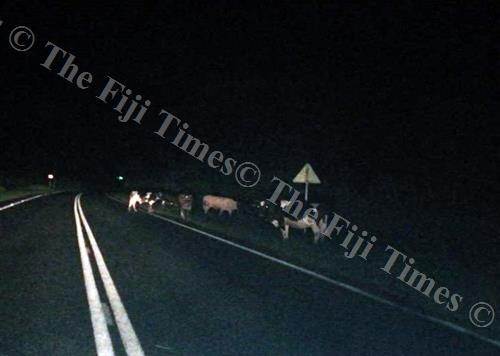 STRAY animal problem has been an ongoing issue within the Caboni Settlement in Tavua for the last 15 years.

Crop farmers of the Viti Vanua and Caboni Settlements had raised complaints one of which was the problem of stray animals.

Mr Chand said livestock owners failed to take heed of the complaints made by neighbouring farmers.

He said 10 years ago, he usually would harvest 3000 tonnes of sugarcane, however, recently, because of damage caused by stray animals, he was only able to harvest 400 tonnes, which was a huge loss to him.

The issue is experienced not only by sugarcane farmers but crop farmers in both settlements are also being affected.

Mr Reddy has urged livestock owners to take control of their animals because the ministry would continue to capture stray animals in the area from next week.

“This is a serious issue because farmers are losing their source of income due to the carelessness and lack of responsibility of some animal owners.

“Livestock such as cattle, horses, goats, and sheep caught will be sent to a designated pound of the Ministry of Agriculture until the owners claim their livestock. Animals not claimed within 10 days of pounding will be auctioned by the ministry.”