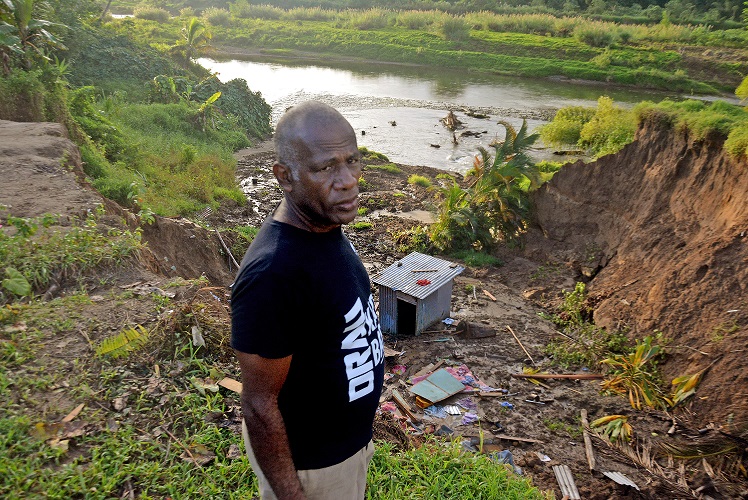 A TEAM from the Mineral Resources Department and Ministry of Waterways has been surveying the village of Saumakia for a week now.

Ratu Serevi Batinitabua’s house is one of the 13 houses that have been earmarked for relocation.

During a visit by this newspaper to his home on Wednesday, Ratu Serevi described how the post of his house was sinking because of extreme weather.

He said it was lopsided after weeks of rain. Ratu Serevi, a commercial yaqona and dalo farmer, said it would be a challenge for him to relocate his family to the new relocation site in the village.

He said he built his house nine years ago and it would be costly to relocate, but it was something that needed to be done.

Ratu Serevi said the effect of climate change was obvious in the village and families were now working on how they would relocate their homes.

The district representative, Ratu Meli Draunimasi, said the villagers had been working on ways to minimise the negative effects of climate change in the village.