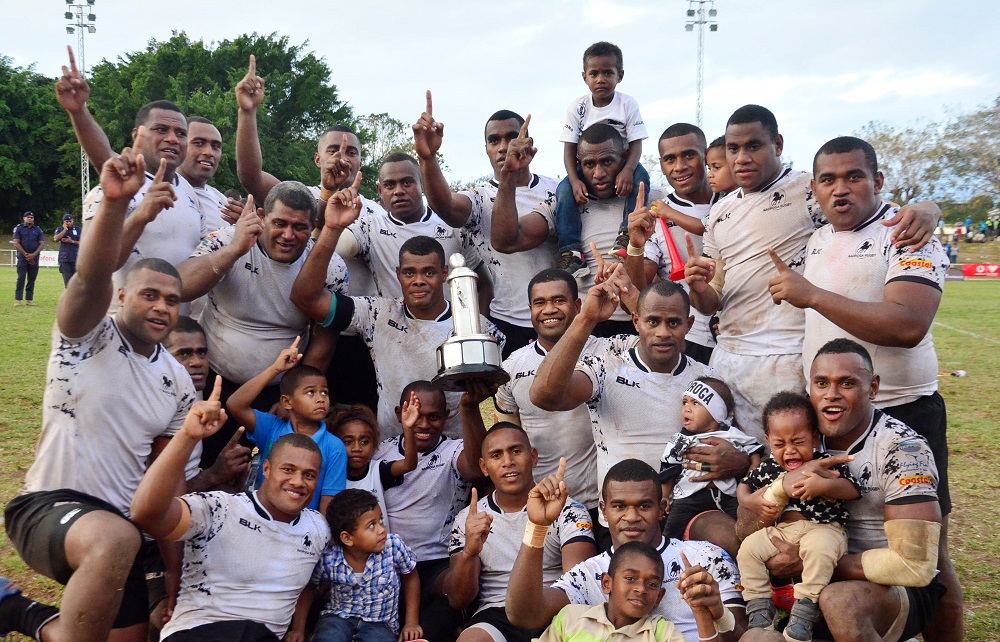 The Nadroa Rugby team with the Farebrother trophy after the game against Suva at Prince Charles park in Nadi. Picture: ATU RASEA

BARELY an hour after their 24-13 defeat of Suva, BLK Nadroga was already focusing on their next task, which is defending the Farebrother Sullivan Trophy against Lautoka.

In their changing room after the torrid and physical encounter at Prince Charles Park in Nadi, coach Esala Nauga thanked the players but immediately reminding them that there was no point in dwelling too much on the win.

Nauga’s pep talk was not long but he subtly reminded the players that they had completed the task of beating Suva but they should now focus on Lautoka.

“We cannot underestimate Lautoka. It is a side that also knows how to play for the Farebrother Sullivan Trophy,” Nauga said.

Just a few weeks ago, Nadroga lost to Suva 31-26 in the Skipper Cup final and coach Nauga admitted they improved on their weaknesses to turn the table on Suva yesterday.

“First of all, I would like to thank God for giving us the strength. Suva has the cream of players in Fiji. It is never easy to play Suva.

“We improved on two areas of our game. One was discipline and the other was playing 80 minutes rugby,” Naua said.

Nauga said he had told his players on Thursday that the Suva team now was one of the best ever and they were mindful of that coming into Prince Charles Park.

The two sides were tied 8-all in the first half.

Suva’s points were from Enele Malele through a penalty kick and a try which was not converted to winger Misaele Petero.

In the second half, Suva’s points came from Petero who scored again.

Nadroga, however, replied with a try of their own to Rupeni Nasove.

Nasilasila could not convert.

The former national sevens rep was able to add another six points from two penalties.

Nauga said tactical changes in the second half changed the game for Nadroga.

“We thank the boys we salute them for their hard effort, we know we didn’t control our set pieces properly but we will come back next year to better our performance.

The lack of communication and lack of co-ordination had cost the team.