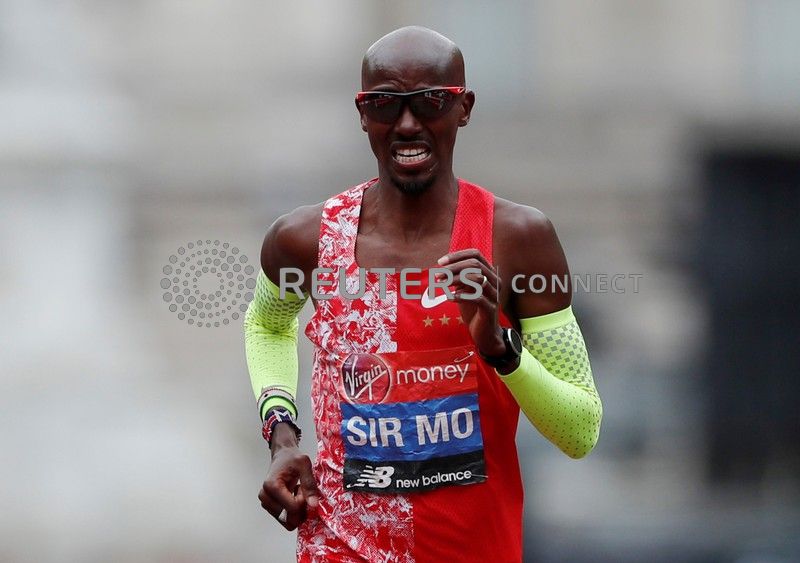 (Reuters) – European record holder Mo Farah has declined a chance to contest the marathon in the World Championships in Doha, increasing the possibility of a return to the track.

Farah, a four-times Olympic champion over 5,000 metres and 10,000 metres, retired from track athletics to focus on marathon events in 2017.

The 36-year-old has since broken the European record when winning the Chicago Marathon last October, but only finished fifth at the London Marathon last weekend, over three minutes behind Kenyan great Eliud Kipchoge.

British Athletics on Wednesday announced their marathon participants for the World Championships in September – the men’s lineup consisting of Callum Hawkins and Dewi Griffiths — and Farah was the notable absentee.

Earlier this year, the three-time 10,000m world champion Farah said watching Briton Laura Muir claim the European Indoor 1,500m and 3,000m double made him realise how much he missed the track.

“Having seen my fellow athletes, who I’ve competed against in the past, and watching the European Indoor Championships on TV, I was thinking ‘Oh man! I want to get back out there’,” he said in March.

“That’s just me. If things are going well and I’ve got a chance to win a medal then I’d love to come back and run for my country.