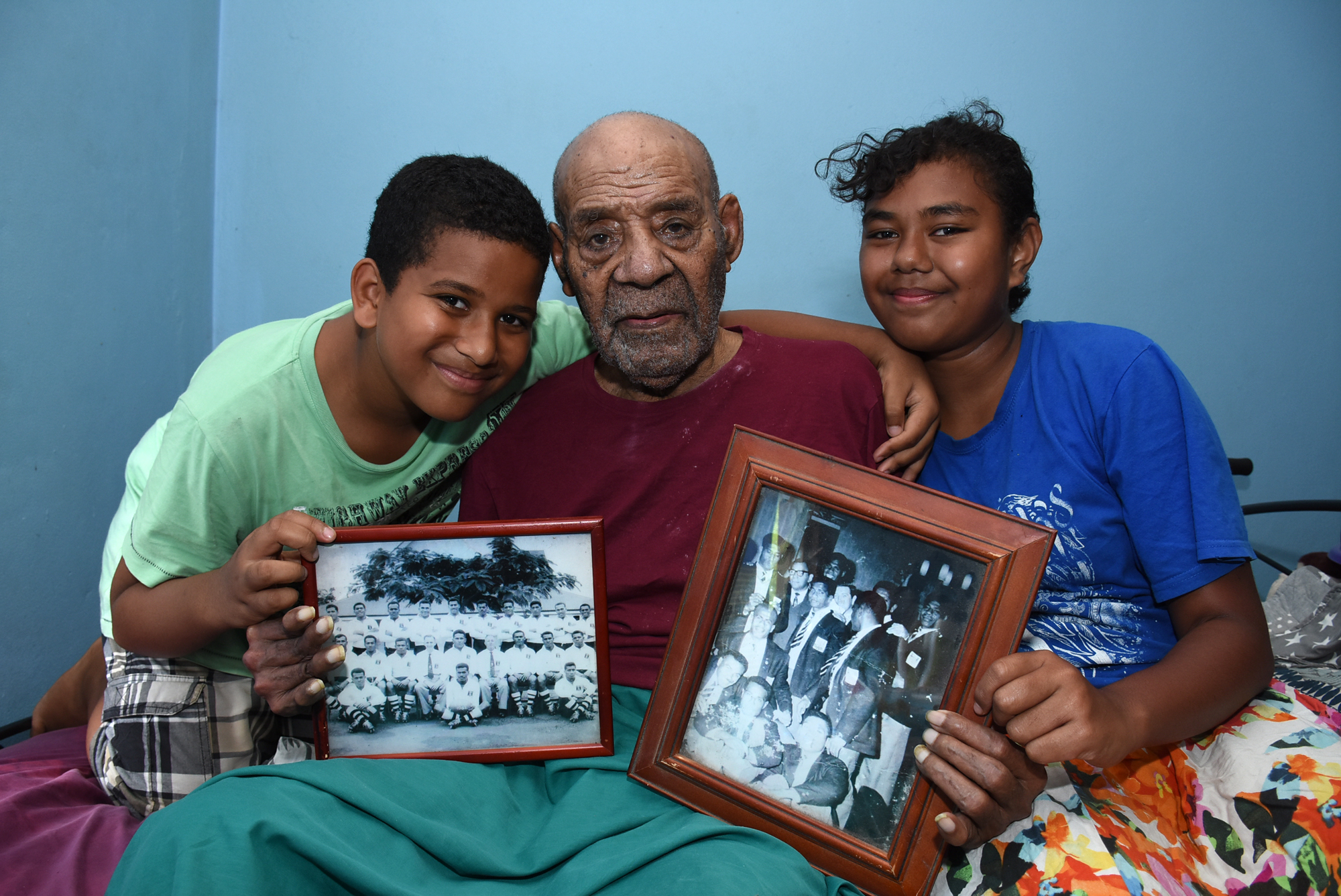 WHEN Ratu Sela Toga heard of the Flying Fijians’ 33-31 victory over the Barbarians at Twickenham this month, his eyes lit up.

He knew how sweet that victory would have been for the young Fijian side.

It was 49 years ago when Toga was the skipper of the Flying Fijians side that also stole the limelight from the Barbarians at the same venue.

At 83, his frail form is a mere shadow of the hulking proud figure he once cut as an imposing No.8.

When he heard The Fiji Times was visiting, he struggled to sit up on his bed and requested his grandson Manoa Toga, 10, to bring forth framed photos of his Fiji rugby days that were neatly displayed on the walls of his four-bedroom concrete home.

Despite his aging state, the Saunaka, Nadi native knew straight away the interview was for his glorious rugby days in the 1960s.

The name itself is synonymous to many avid Fijian rugby followers.

In his bedridden state, the former Fiji 15s skipper was keen to share more about his rugby glory days as he felt Fijians were always interested to hear the story of how a gallant Fiji side put on a brave performance to beat the Barbarians at the Twickenham Stadium in 1970.

Memories of his rugby hey days have mostly vanished from him but not the names of rugby greats he played with to demolish the greats of the Barbarians side.

The former national No. 8 first made his debut in Fiji’s Test against Wales in Cardiff in 1964 before he made his way up after continuous sterling performances.

As he slowly cleared the dust from the black and white framed pictures, he shared with a deep smile how the bond they shared those days helped them to become victorious in the 1970s, at a time when Fiji had just marked 100 years of being involved with rugby.

“Keimami a veitacini kece ka sega vakadua ni dua na duidui e na loma ni timi (We all treated each other as siblings and there was no difference in the team),” the 83-year-old shared

The former national skipper lighten up when he was informed that the Flying Fijians have beaten the Barbarians, 49 years after the first Fiji national team managed to beat a British Barbarians side.

His medical condition denied him a chance to shout for Fiji once again but the wide smile on his face depicted his pride, the same pride that was with him when he led the Fijian gladiators to destroy the Barbarians feat in England.

John Griffiths, a widely respected rugby historian and the author of several sports books in one of his contributions to ESPN stated that the Fijians met the Barbarians at Twickenham – a match that marked 100 years of rugby in Fiji.

The only previous encounter was in October 1970 when Fiji made their first tour of England.

The game was staged at Gosforth and the visitors ran riot in the second half. Their forwards ran and handled like basketball players to overwhelm a Baa-Baa XV that included nine players who were to tour New Zealand with the Lions seven months later.

The scores were level (3-3) at the break but the free-running islanders crossed for six tries in the second half to win 29-9.

Isimeli Batibasaga, the Fijian scrum-half, was prominent in many of the dazzling moves that led to tries and contributed 11 points with four conversions and a try.

Another to impress in the open play was the hooker Atonio Racika, one critic suggesting that he could have been an international-class centre.