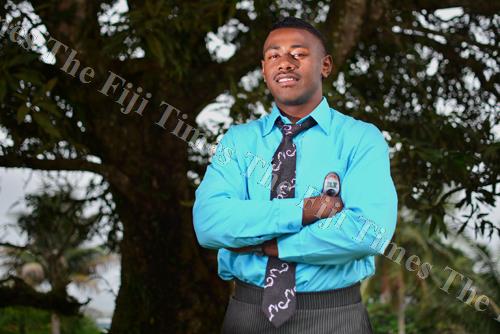 MISSING out on opportunities to travel overseas and compete in rugby competitions didn’t dampen Apolosi Ranawai, 18, as he continued to strive for greater things until he was named in the Fiji under-18 team that will depart for New Zealand tomorrow.

The Ratu Kadavulevu School student from Nalawa, Ra, was caught in a crossfire a few months ago to either travel with the U18 team to the Sanix World Youth Rugby tournament or represent RKS in the Coca-cola Games. He chose the games.

His commitments, sacrifice and prayers were answered when he was named in the final 26-member U18 squad for the NZ tour.

His parents Varanisese and Solomoni Madau were proud of their son’s achievement.

They worked hard to meet the financial requirements to allow Ranawai to travel to NZ.

Madau said she thanked God for providing for her family.

“I thank God for this opportunity and we are really proud of our son,” Madau said.

“My husband works at the Australian Embassy and they supported in our fundraising drive. Sometimes I cook and my husband sells the food at his workplace.”

The RKS U18 winger said balancing education with training was not easy.

“I’ve found it tough, but I never give up because I’ve come this far and I will continue to do my best,” he said.

Ranawai aims to be part of the Fiji Airways Fiji 7s team in the future.