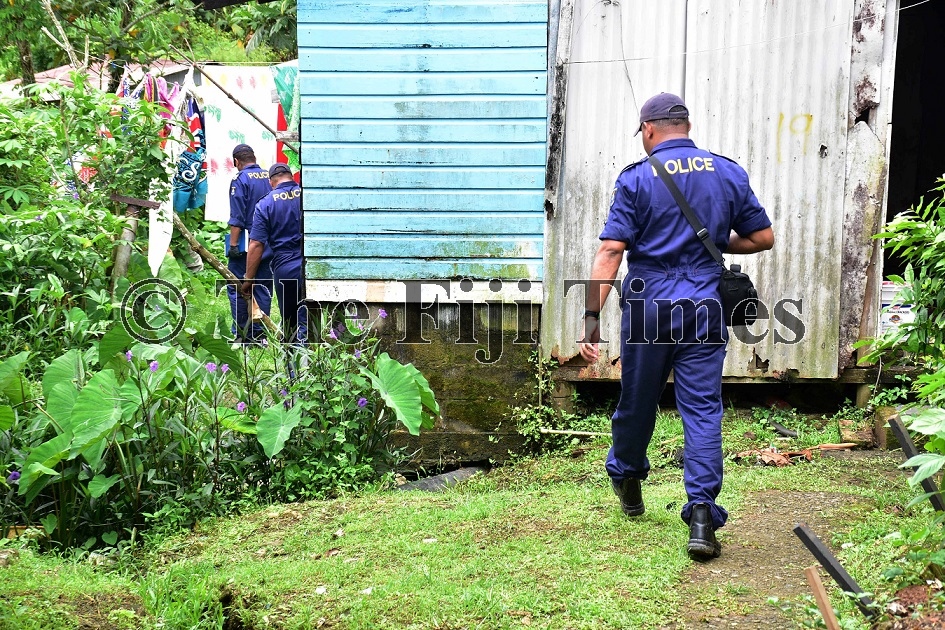 The community of Nadonumai in Lami is still in shock following a stabbing incident which took place in a home in the area leaving two adults injured, a 2-year-old-girl admitted in hospital and a teenager dead.

Father of one Viliame Naqelevuki and his wife Maria Tekiteki were awakened by the cries of their granddaughter who was sleeping beside them when an intruder entered their house at about 3am this morning.

In an interview Mr Naqelevuki said while he was trying to subdue the intruder who had entered the house with a knife his wife was attending to their wounded granddaughter.

Later the intruder escaped the home after being attacked repeatedly by Mr Naqelevuki and his daughter Agnes Samu.

“We are still in a state of shock and we still cannot believe that the intruder was someone we knew well and met every day,” said Mr Tekiteki.

When this newspaper visited the family this morning, the couple had returned from hospital and treated for their injuries sustained during the attack while their granddaughter was still admitted for her injuries she sustained on her neck.

Meanwhile on their Facebook page, police confirmed the suspect who was believed to be a teenager had been found dead after allegedly taking his own life.

Police said they were continuing investigations into the incident.