Family reminisces loss of loved one 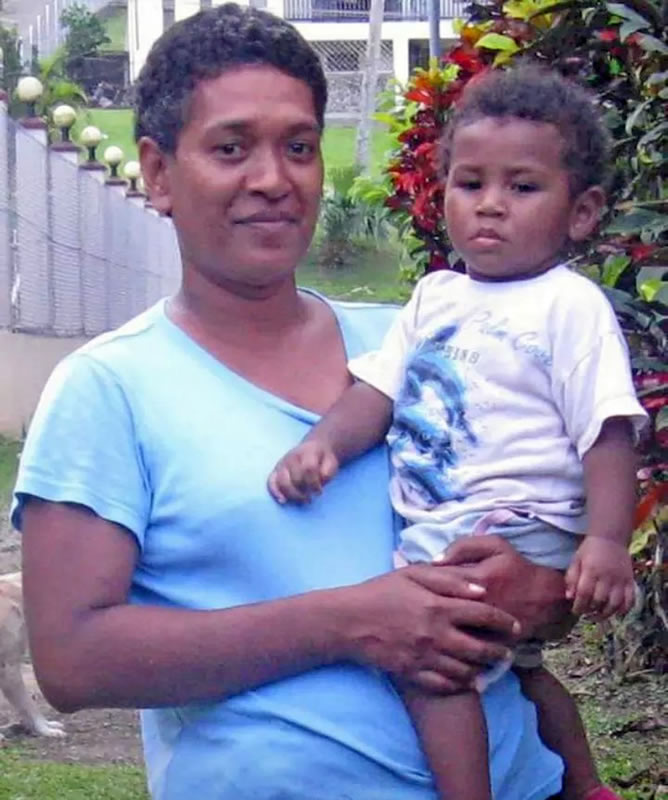 One of those happy and memorable moments of the late Miriama Ranadi and Noa Tubuna, Vilimaina Tubuna’s son. Picture: SUPPLIED

Vilimaina Tubuna says she still finds it hard to accept the fact that her sister, Miriama Ranadi, hid from her family that she had breast cancer.

She said when Miriama passed away in January 2016, it broke the hearts of everyone in her family. “It actually started with a black spot on her left breast.

It was with her for about six months then she started to share with us, her family members,” said Ms Tubuna.

“We advised her to go to the hospital but she was frightened because of what could happen to her.

“She told us that a lady was taking care of her who was massaging her. “We were forced to respect her decision because she was always stubborn and it was very hard to give her any kind of advice because she always did what she wanted and wouldn’t listen to others.

“We understood her and because she was going through a lot at the time, we thought to just leave her be.

“Looking back, I wish we had been a bit more firm with her. “After all the massaging and herbal medicine she was taking did not appear to be working, Miriama finally made up her mind one day to go to the zone hospital.

“From there she was told to go to the Colonial War Memorial Hospital where she was given a card to go for check-ups on a weekly basis.

“After some tests were done, the doctors told her she had cancer 65 per cent of her breast was affected and it would be better for her to have surgery so that they could remove her infected breast.

“She consented and had the operation. After the surgery, she then called and informed us (family members).

“That’s just the kind of person she was. This sister of mine was one very strong lady. “When she was discharged and came back home, we noticed a lot of things had changed.

“Miriama really wanted to live a normal life and tried her best to recover after the surgery but the cancer had spread and it had affected her physically because she couldn’t walk properly.

“We took her back to the hospital and told the doctors that Miriama was finding it difficult to walk.

“When the doctors said it was because the cancer had spread through her body, everybody just started crying.

“It was hard for us to accept that somebody so full of life was facing one of the biggest challenges in her life.

“They discharged her from the hospital on New Year’s Day, January 1, 2016, and Miriama passed away on January 3.

“We really miss her because she was the most vocal and outspoken of us all.

“With all that happened, we thank God for his never ending love and guidance throughout her battle with cancer and for giving us the strength to go through the journey with her.”