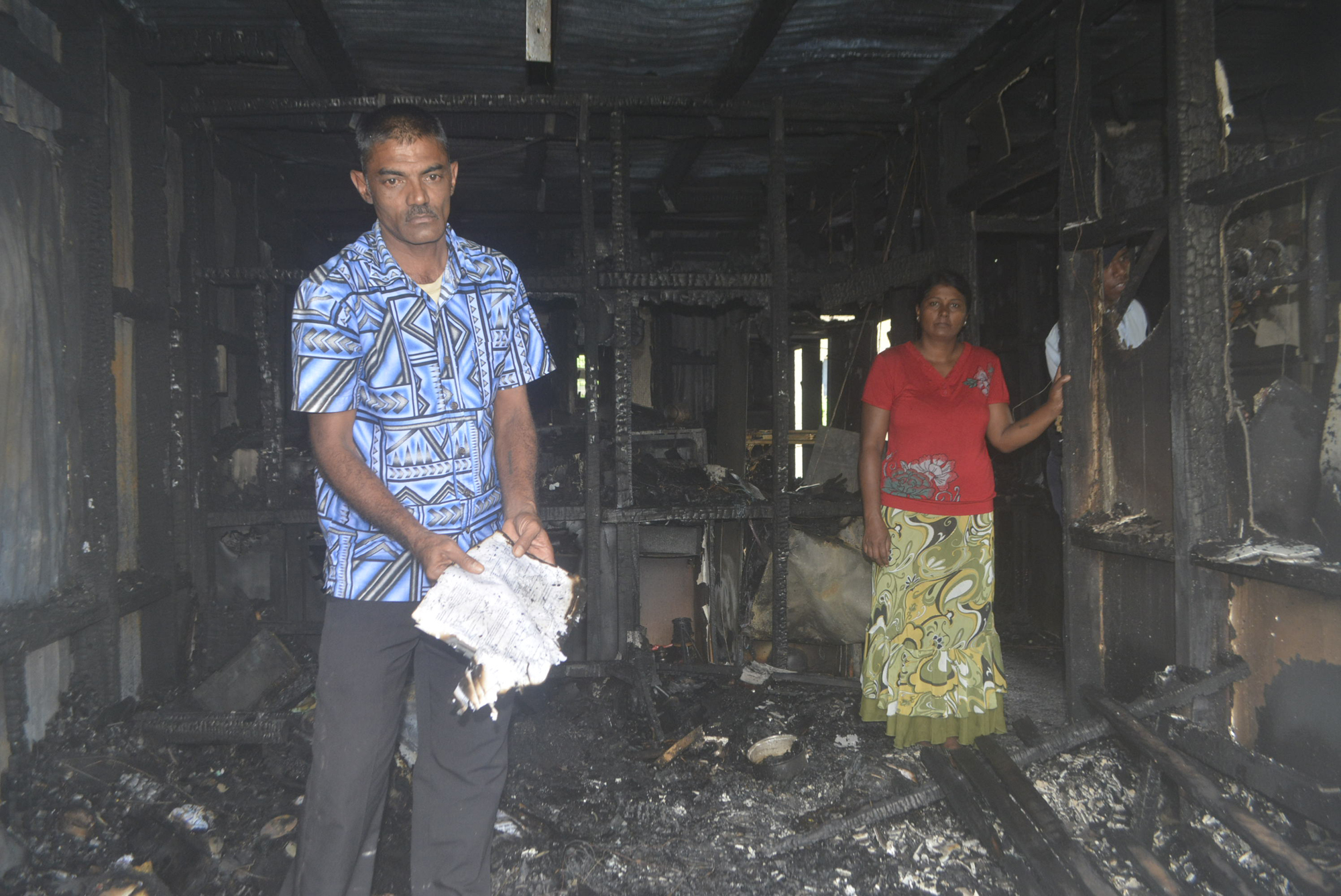 Sanjay Kishore Chand with his wife Parbhashni Lata inside their house which was destroyed by fire in Natabua Lautoka last Saturday. Picture: REINAL CHAND

A FAMILY of four in Natabua, Lautoka, is now homeless after their three-bedroom house was destroyed by fire last weekend.

House owner Sanjay Chand said he lost about $70,000 in the fire.

He also claimed that the blaze was started by a disgruntled relative.

His wife, Parbhashni Lata, who was at home when the fire started, said she heard glass break in one of the bedrooms.

“When I went to the room, I saw someone pouring benzene on to my son’s bed,” she claimed.

“I started to scream for the person to stop and ran to get help. When I came back the house was on fire.”

Two university students who were tenants also lost all their belongings.

Ms Naisoro said while there were no injuries reported, the estimated cost of damage was $30,000.

Investigations into the incident are continuing.